I hope you bet on me. and I hope you got good odd's, cause I'm pretty damn thirsty full race review coming in few days

Forecast for Saturday 85 degrees at the summit warmer down below.  It could always be hotter but this will do.  Gonna go cook in Sauna for an hour or two since I won't let myself run today.  I'm starting to get excited about the race tomorrow.

Seems like only yesterday. August 2007 I entered my first Ultra, the Mt. Dissapointment 50k.  I still remember arriving at the starting line totally intimidated by the competition.  It was my first race over a marathon, and the first time I would ever run on a trail. About a week before the race I noticed a dissclaimer saying that all runners must carry at least one bottle of water (I was so naive) This seemed strange to me but I went to the store and purchased Ultimate Direction hand held

an item that would be with me nearly everyday since.  I think I now own about 10 them one in the link is my favorite but I switched up to 26oz bottles. Anyhow who new entering thisrace would start a compulsion to go faster and farther that has yet to stop. 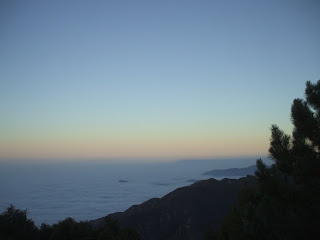 Starting above the clouds and Before the Sun, I love it.
I ran the race In Saucony Street shoes which actually held up fine.  I did not look at the course map.  I ran strong through the first 26 miles and expected about a 5 hour finish what I didn't know was the final 5 miles were straight up.  I ran out of water with still about an hour left of climbing in the hot sun.  I was miserable (ultra's aren't supposed to be easy if they were everyone would be doing them).  You would think an experience like this may have soured my taste for Ultra running.  It somehow triggered something in me that left me wanting more.  Mt D is a premier event with some of the best aid stations race directors and volunteers you can find.  I am very thankful to all these great people that helped make this race possible. 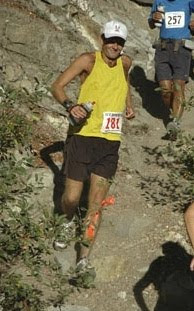 2007 50k 2nd place Age division
The first and last time I was beaten by a woman in a 50k
I think it may happen again this weekend but we shall see.  I hope to run my best and would be stoked if a woman ran faster. 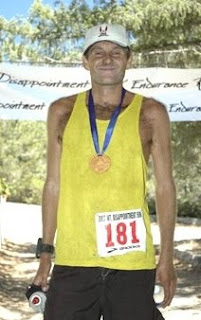 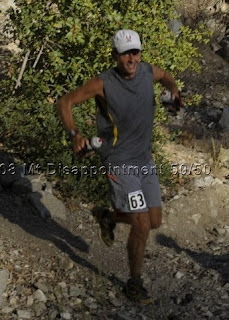 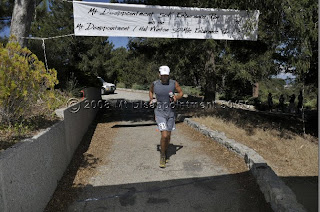 2008 I returned
I was in the midst of a pretty good running season in Southern Ca I was excited to be running in the 50 miler instead of the 50K.  I had checked out the course map, and now knew to carry two bottles I was prepared for the final climb still wearing Saucony street shoes but they went from white to gold.  I had pretty bad cold but the weather was warm and the body held up pretty okay. 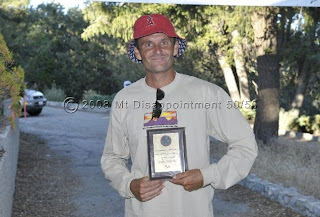 2009 I was injured for much of year, by the time I realized I would be healthy enough to at least give it try it was already sold out.  I tried to weasel my way in but it was not going to happen. 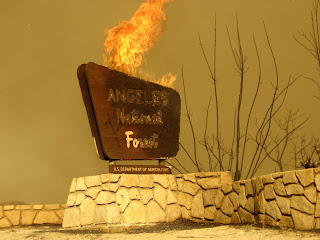 This year I new the race would sell out fast. Last year Fire's devastated much of the trail's MT D race is held on.  The 2009 Angeles Crest 100 mile endurance race that I was also signed up for that  uses much of the same trails had to be completely cancelled.  A lot of hard work has been done to make this years race possible.  An email was sent out early to Southern California Ultra Series Members to give them first chance at entering.  I responded within 10 minutes,  I love this race and wanted to make sure I was apart of it.  I payed my entry online without even knowing whether I was signing up for 50 miles or 50 kilometers and I didn't really care. 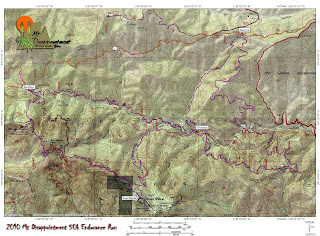 As it turns out this year it's only going to be a 50k.  My body is far from perfect but has been feeling pretty damn good the last few days with over 65 ran in the last 5 days.  Nothing to serious but at least things are starting to come together once again. 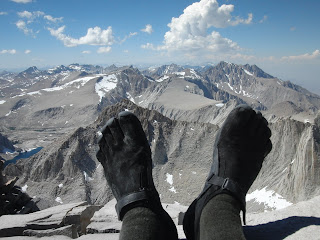 My dumb ass will continue to use the Vibram Kso Trek's although the Luna Sandal's will be with me in case I make a bold last minute decision.  I really have no idea how I am trying to approach this race.  Am I running just to finish without hurting myself or am I running to win? the course record is 4:27 ran by one my hero's and a man I have only beaten once in competition Mr. Pacheco. I am a gimp running in crappy foot wear with inadequate training who's only been on a trail a few times this year. If you bet on me I hope yo u get good odds.  And if you win your bet please buy me a beer.

The course runs in the mountains above Pasadena.  If anyone wants to hustle me at Disc golf I'll be at Oak Grove in the afternoon after the race.