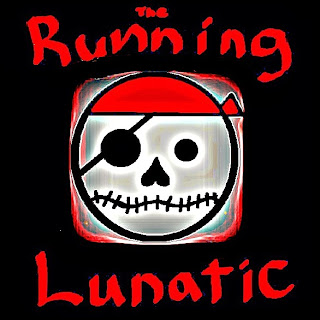 The Running Lunatic
I started a new blog so I could whore myself out to a capitalist society.  A lot of people have been asking me to review their products and I wanted to keep it somewhat separate from Bourbonfeet.  I like trying new things and if you have something you want me to review let me know I gonna try and have giveaways for most of my reviews and I am currently have giveaways going for three items.  The more support I get the more crap I'll be able to give away to you.
Thanks 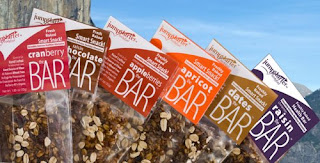 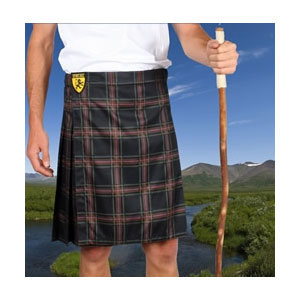 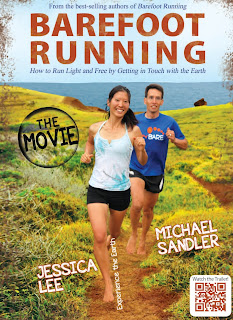 Barefoot Running the Movie Review and giveaway
ending High noon Today.  There are only a few entries so you have a pretty good chance at winning 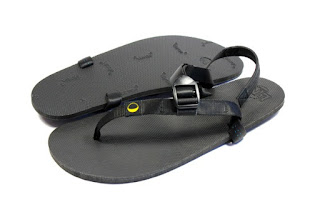 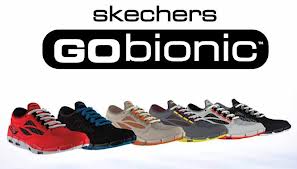 Skechers Go Bionic Review and Giveaway
Ends Monday the 17th
Posted by Bourbonfeet at 9:40 AM No comments:

When I grow up? I wanna be like Badwater Ben Jones

Badwater is one of the most inhospitable places on Earth.  Why do people keep coming out to the desert to
run? 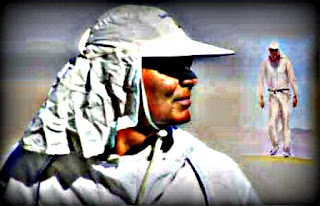 They come out to meet it's  Mayor of course!
:)

Ben Jones, M.D., has birthed more than 1,000 babies, performed 2,000 autopsies, and run 133 marathons in his 73 years. He's learned some lessons about living the best life along the journey.
From the March 2006 issue of Men's Health Best Life
Bio on Ben from the Badwater Ultramarathon website 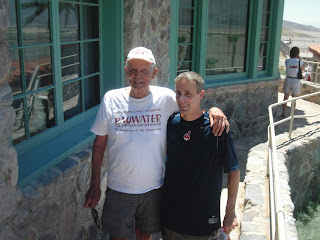 Ben posing with  the 2010 Champion

If you ever been out to Badwater you know exactly who I am talking about.  Nobody gets more excited about Badwater and knows more about its history of crossings than Ben.  When the Annual Badwater 135 comes around he is like a little kid on Christmas, full of giddy smiles and great stories to share including tales of his own 3 crossings of the desert during one of witch he preformed an Autopsy during the  race.
Ben does a great job as narrator for the Badwater Documentary
"Running on the Sun" 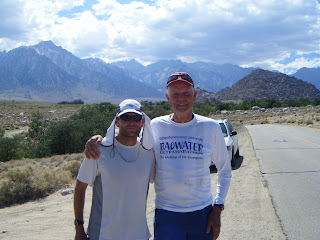 Four years ago I went to crew Badwater for the first time. It was their that I first Met Ben Jones.  My runner Danny Westergaard was just beginning his trek down the Whitney portal on his way to doing a double crossing.  Ben went out of his way to make sure we were well prepared as a crew and wished both our crew and Dan safe passage back to Badwater. 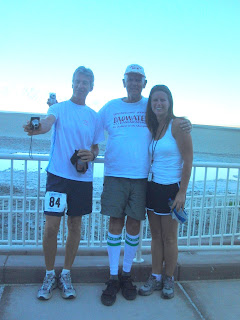 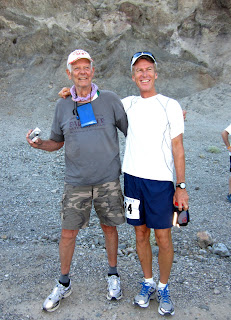 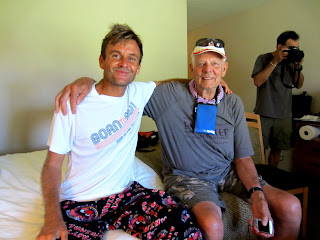 Over the last four years I have gotten know Ben and feel very fortunate to call him my friend. Seeing Ben is deffinetly something I look forward too each year. 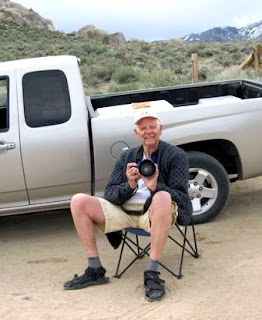 Badwater isn't the only place I run into him.  At many Ultras  I've come around a corner to find Ben with camera snapping away. 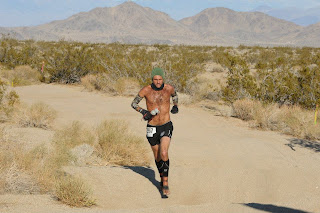 Photo By Ben Jones
(Ridgecrest km 2011)
Ben's a great photographer, but there's only only so much he can do to make a dude like me look good. 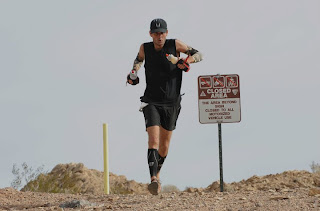 Photo By Ben Jones
(Calico 50 km 2011)
I'm always stoked to see him even though  it means I have to pretend that I am running for a little while. 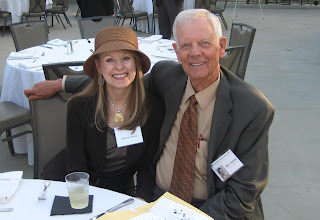 As if Ben wasn't cool enough without his better half.  The dude some how scored himself a smoking wife?  Not only is his wife Denise a sweetheart she has completed the Badwater 135 and helps out every year taping runners feet before the race.  Her expertise on the subject is second to none and proudly goes by the nickname
"The Blister Queen" 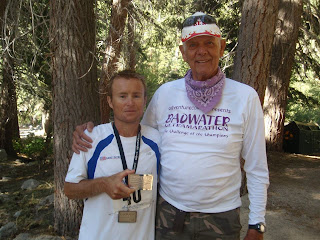 Mike Morton (2012 champ) and Ben
When I did a Google search of Badwater Images? I found a who's who of Ultra runners all proudly standing next to a smiling Ben Jones 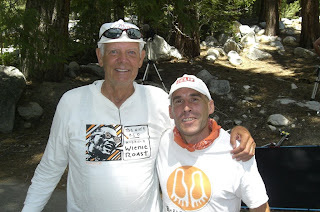 I even found one of my Good buddy Barefoot Ted. 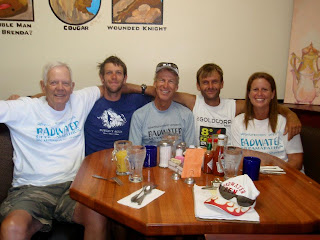 Ben will be 80 years young this year and still possess a youthful spirit and a contagious zest for life.

Someday I'll get around to crossing that desert myself and when I do I hope to see smiling face along the way.
Thank you Ben for being my friend and thank you for continuing to inspire myself and countless others.
:)
Posted by Bourbonfeet at 10:45 AM 2 comments: