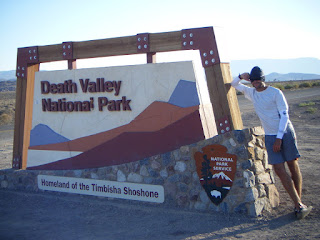 It's that time of year again.  The sun is shining and it's time to go melt in the desert.  My good buddy Danny Westergaard is attempting to run Badwater for the fourth consectutive year.  He has climbed Whitney and doubled back the last three times for a total of 292 miles each year.  I paced him in 2009 and had  an awesome time, so I'm back again 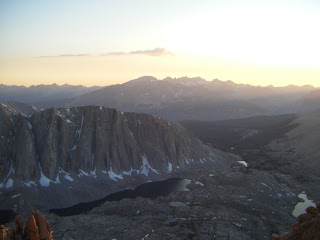 View from the top of Mt Whitney is definitely worth the hike
Weather forecast shows a high of 119 on Monday and 120 of Tuesday.  A little cooler than last year but that's okay.  Also we are in the 8 a.m. wave instead of the 10 a.m.  Hopefully we can get Dan out of Badwater and well past Furnace creek before our blood starts to boil. 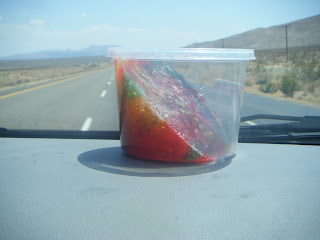 Anyone want a gummy worm 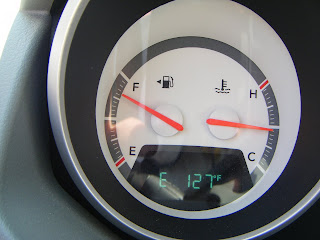 Not aloud to use the AC, can't risk over heating the engine.
I plan fooling around with a few different styes of foortwear for pacing I'll have my vibram sprints for the bulk of the work.  Also in the mix will be my Luna sandals which I plan on trying a variety of lacing option.  For night running I might even try a litlle barefoot action.  Mt Whitney is still covered in snow.  I planned on summiting Mt. Whitney in my Vibram Treks, but will bring some shoes along just in case. 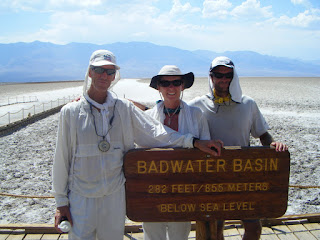 Taken right after finishing the double.  Check out Dan's medal I made from scraps along the road.  It was an Awesome trip and I hope this year will be even better.
We leave bright and early Saturday morning.  Race starts Monday July 12th at 6 a.m. for some 8 a.m. for us and 10 a.m. for the elites.
Badwater website with live webcast