Twice a year there is a race between the Manhattan Beach and Hermosa Beach piers on the sand. For some dumb reason I have only run it once. 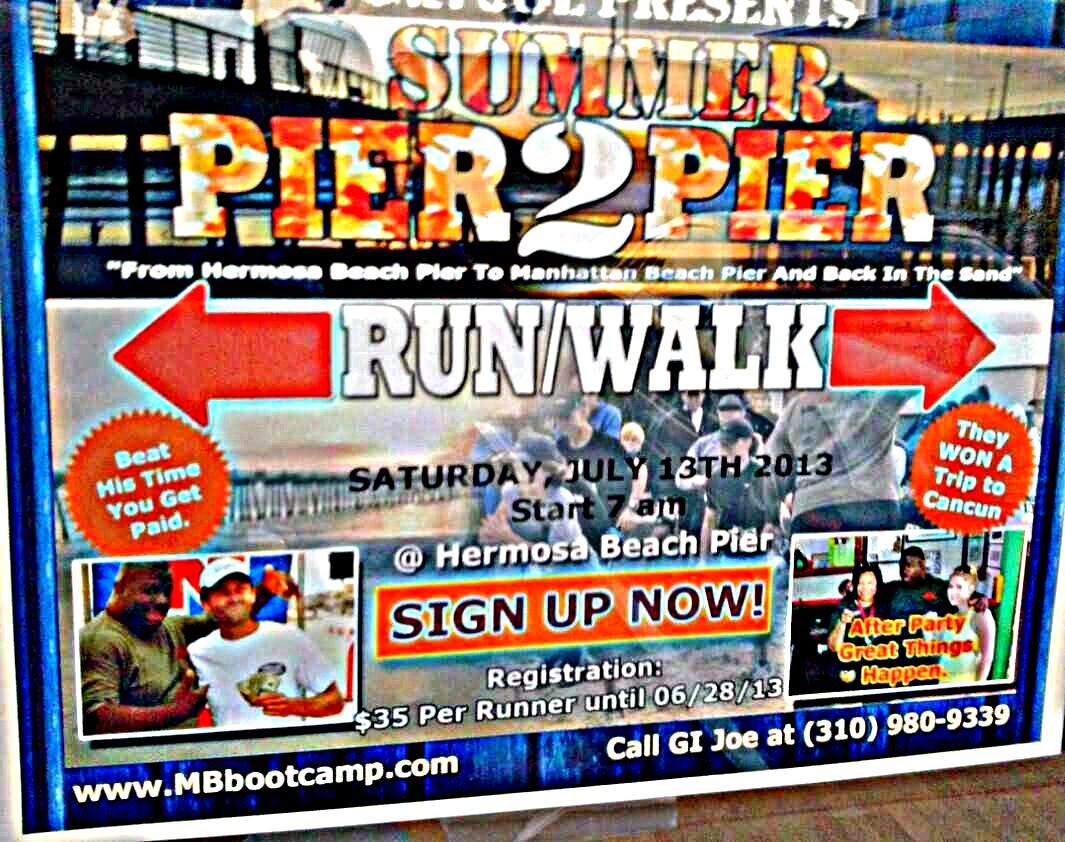 Going into last years event I had the course record. Hell they even put me on the flyer.  Beat the best time get $100.  I guess some kid smoked my time by about a minute running at about a 16 min 5km pace for 3.5 miles through  a bunch of soft sand.  Pretty unbelievable and pretty awesome if the time is legit? 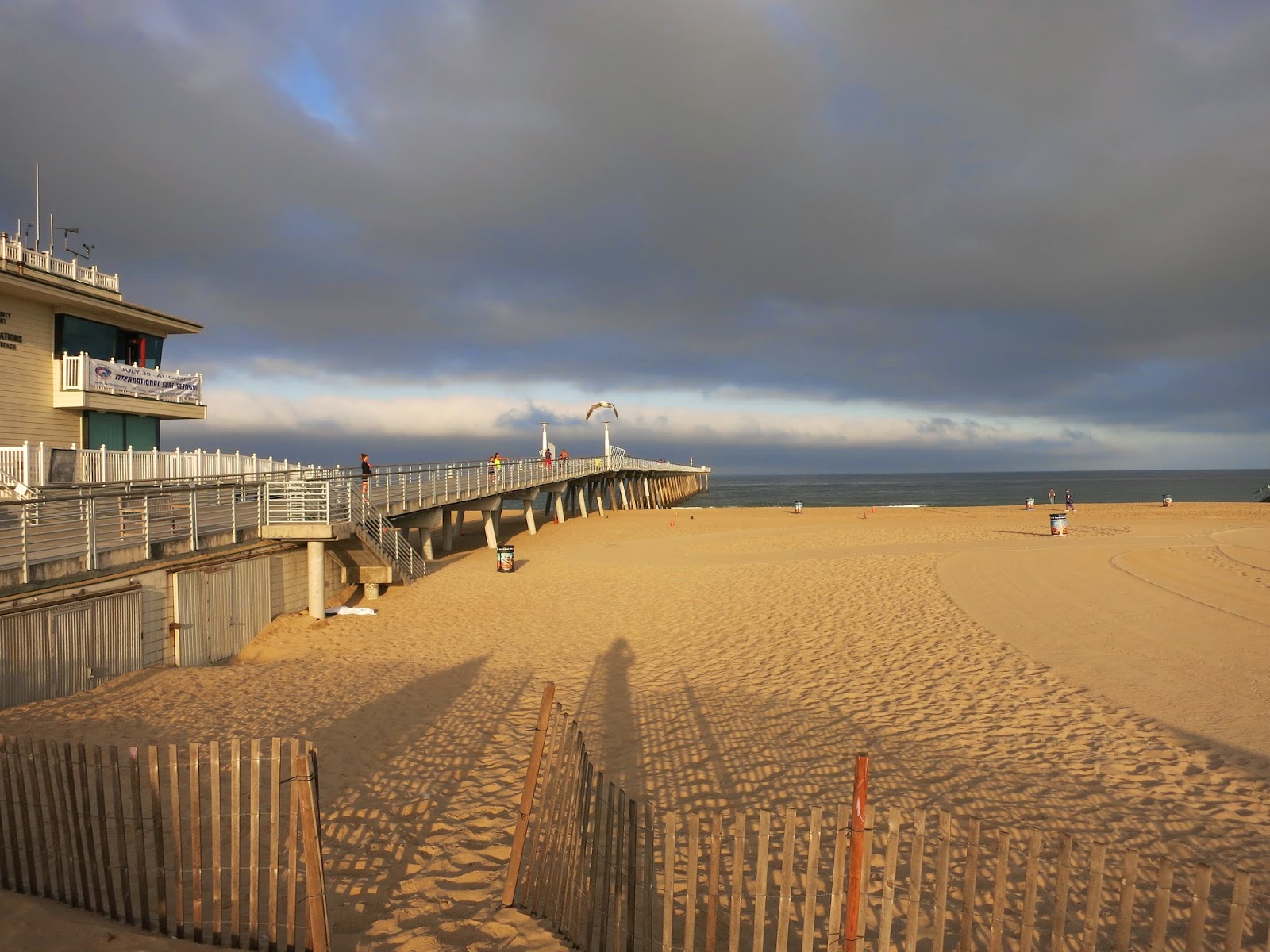 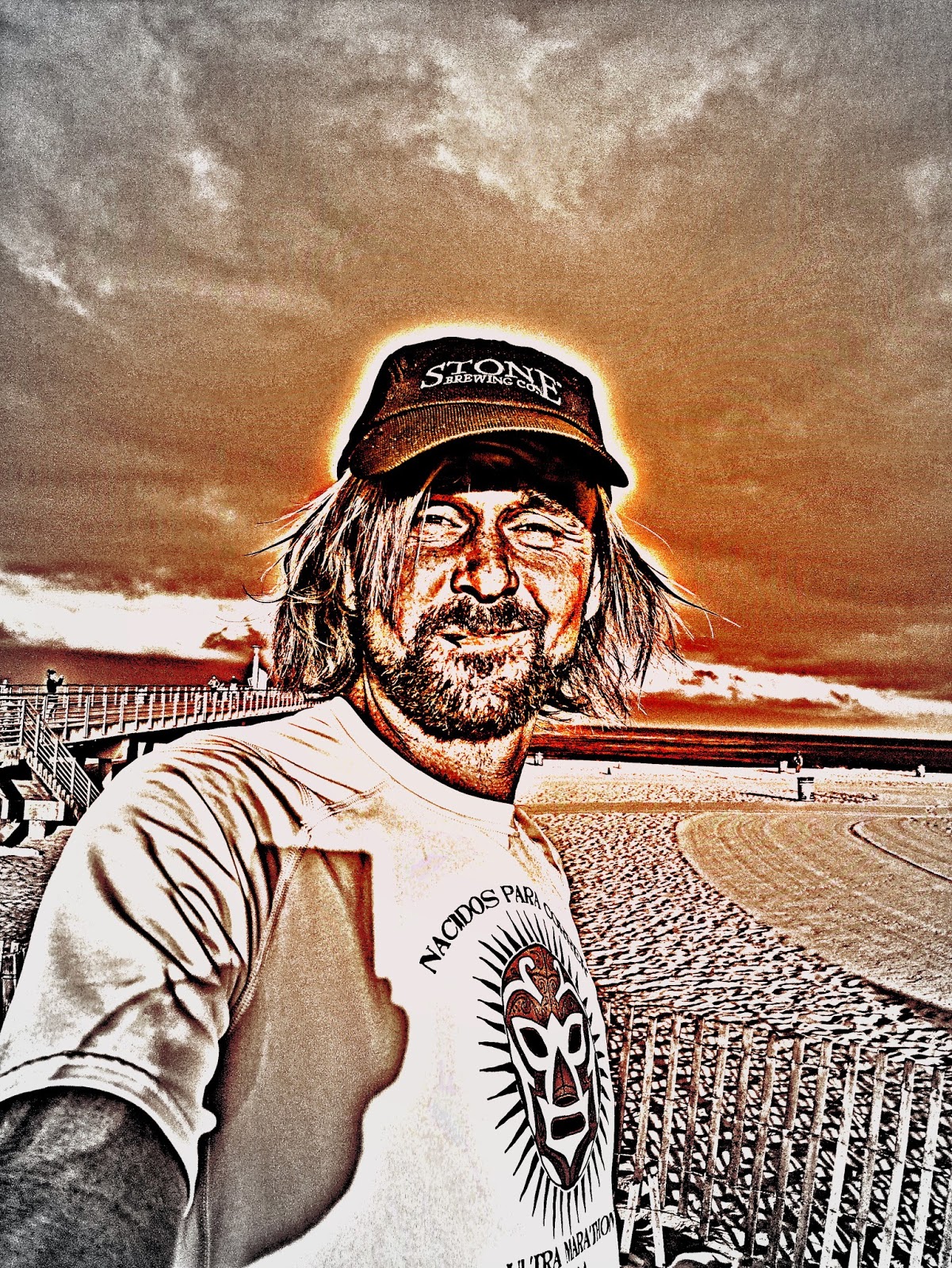 Can this Beach hobo do it again?

Nobody has run more miles between these piers than me! But I train like desert tortoise.  My calf was jacked up from a hill climb race two weeks before at Western States and I had a broken toe at the Hermosa Beach Ironman running around in the mosh pit.

Out of the 12 races I have ever ran on the beach that only involved running I have won 9 of them.
(all barefoot) 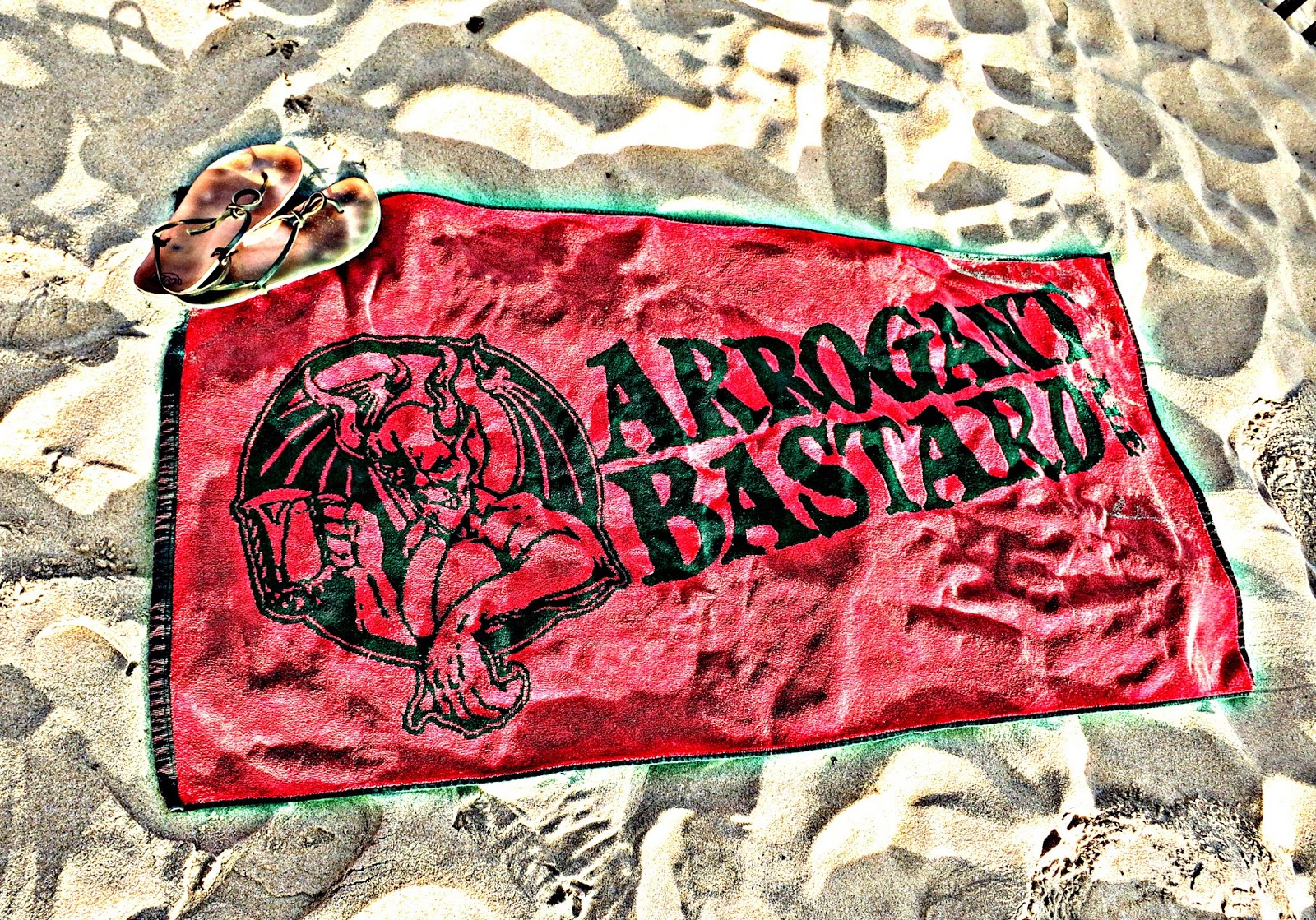 The entry was $45 kind of steep just to run between the piers.  The website said they were giving out "Village Runner" gift certificates to 1st and 2nd finishers (My favorite running store that I am too poor to shop at)

I actually called the Village runner to see the value of the prize.
(what an Arrogant Bastard)
But
I couldn't afford to lose I needed to win if this race were to be a sound investment 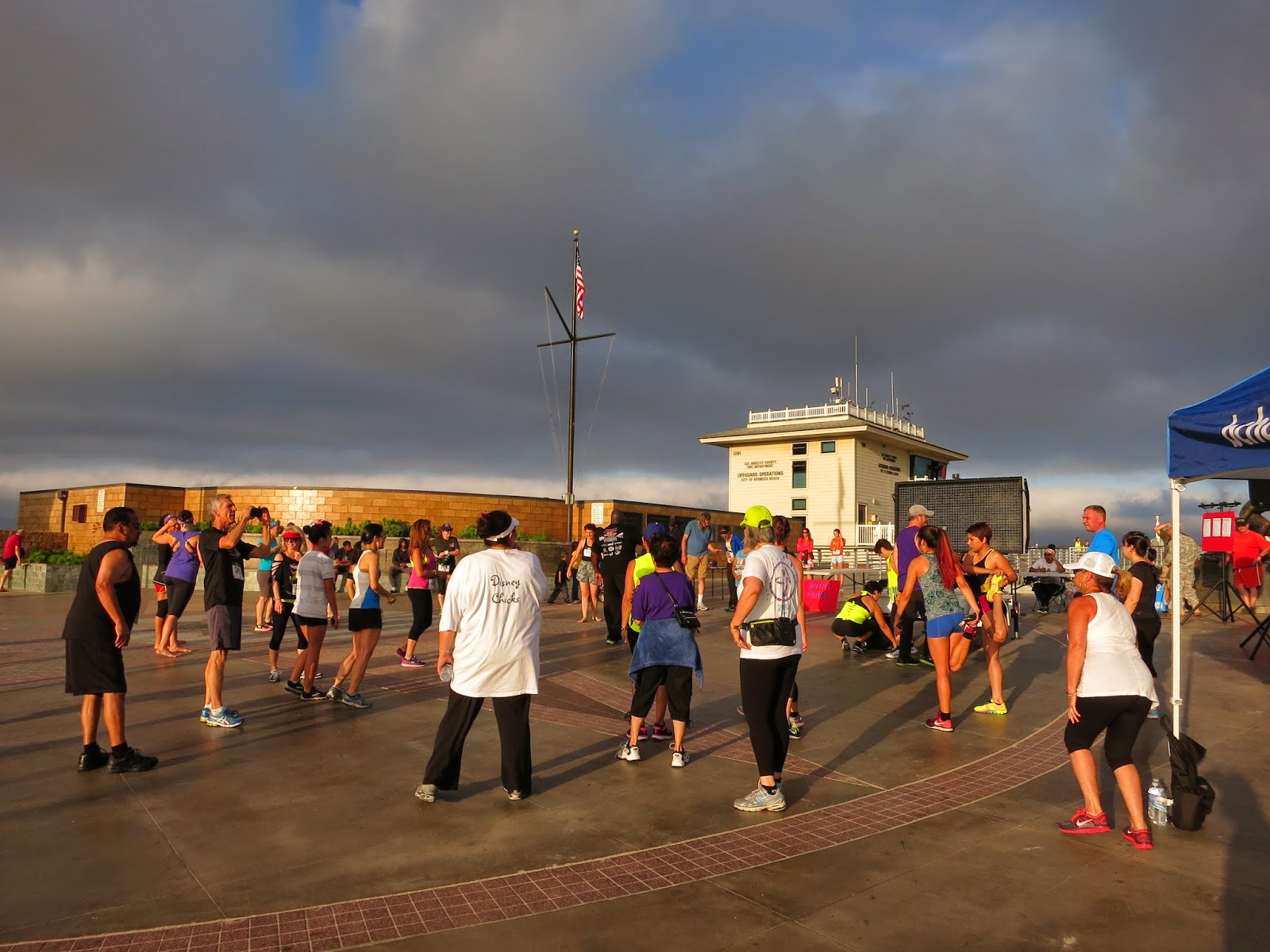 Nothing like a little Zumba to get loosened up.  I was too cool to participate. Instead I watched and giggled. 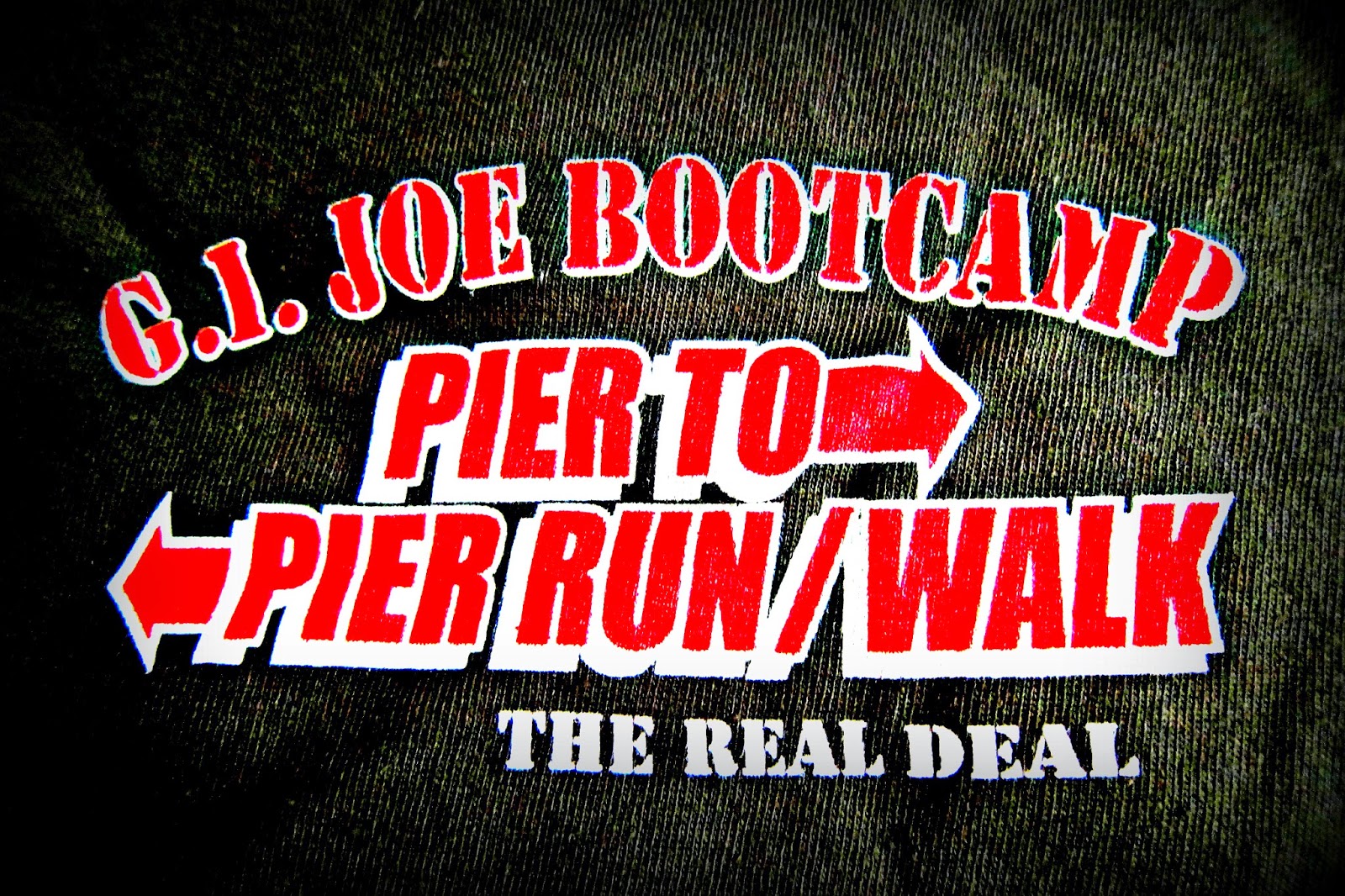 The race starts at the Hermosa pier. I planned on going out as fast as could.  Hopefully I would be in 1st place when I made the turn around at the M.B. pier where I could gauge my lead.  I didn't think I could break the course record and din't even wear a watch, hoping to let my body dictate my speed rather than the clock.

As planned I took the lead early going out at around a 5min mile pace. About 1 mile into my run my left calf totally seized up. "Ouch" I wanted to quit but I only had 2.5 miles to go.  I slowed down a bit knowing there was now no chance of a course record.
From now on I shall loosen up with some Zumba before every race!
:)

I found a pace that was slower but still fast that I could maintain without a tremendous amount of pain.
Running with a tailwind I got to the Manhattan Beach pier still in the lead but only by about 100 yards in front of some yoked out coast guard dude

Time to run back into a stiff head win.   If I could maintain the same speed I was figured I would win.   When I passed Longfellow Ave  site of the Hermosa Beach Ironman, I was running with a bit of trepidation because I did somthing I never do?
I looked over my shoulder, DUN DUN DUH!
My lead had grown "Phew"
:)
As I ran I noticed a bunch of shovels abandoned from the day before which I would pick up later.  I relaxed my pace and coasted in in first place with a red plastic rake in hand about a minute in front of the next finisher. 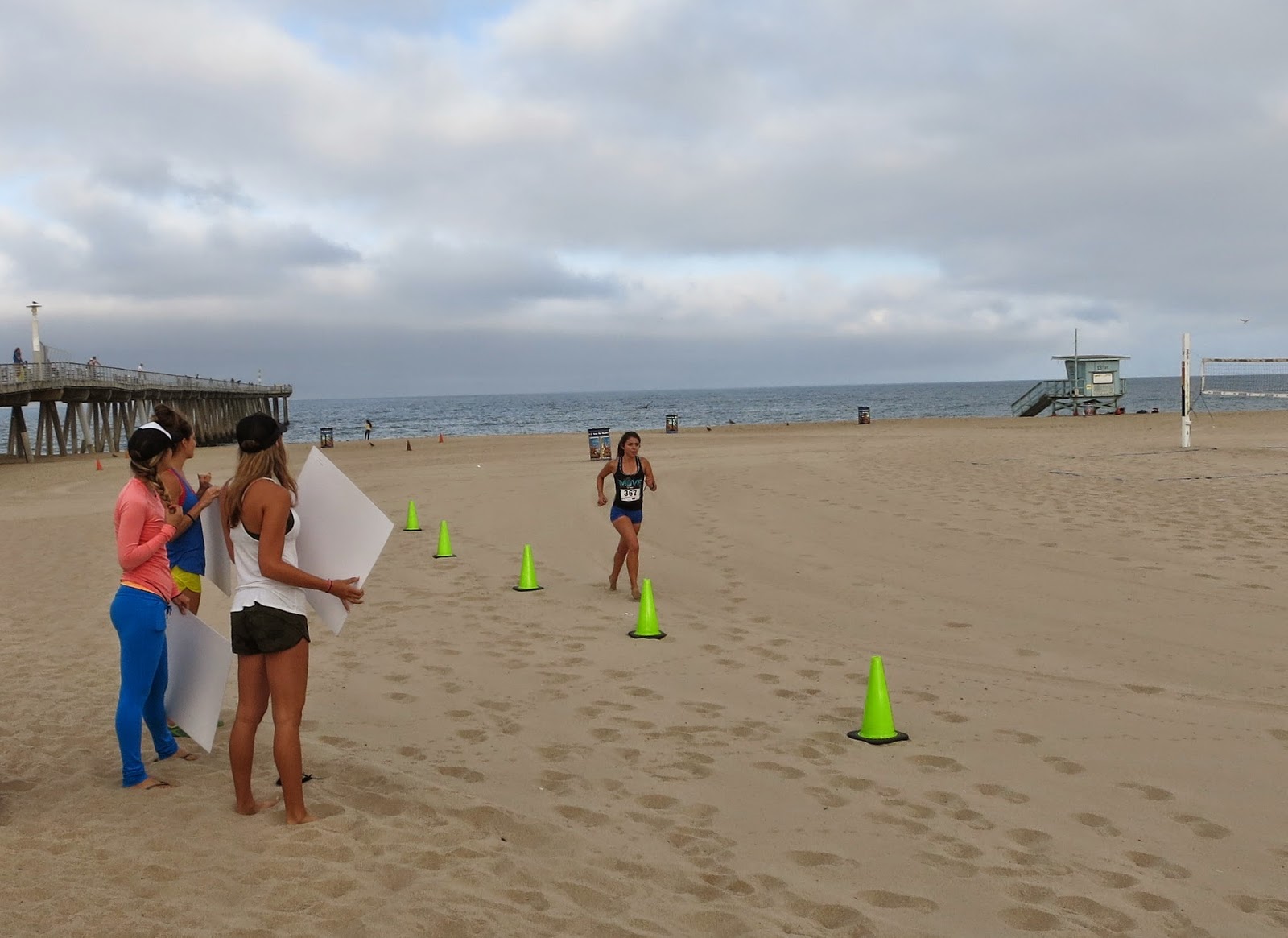 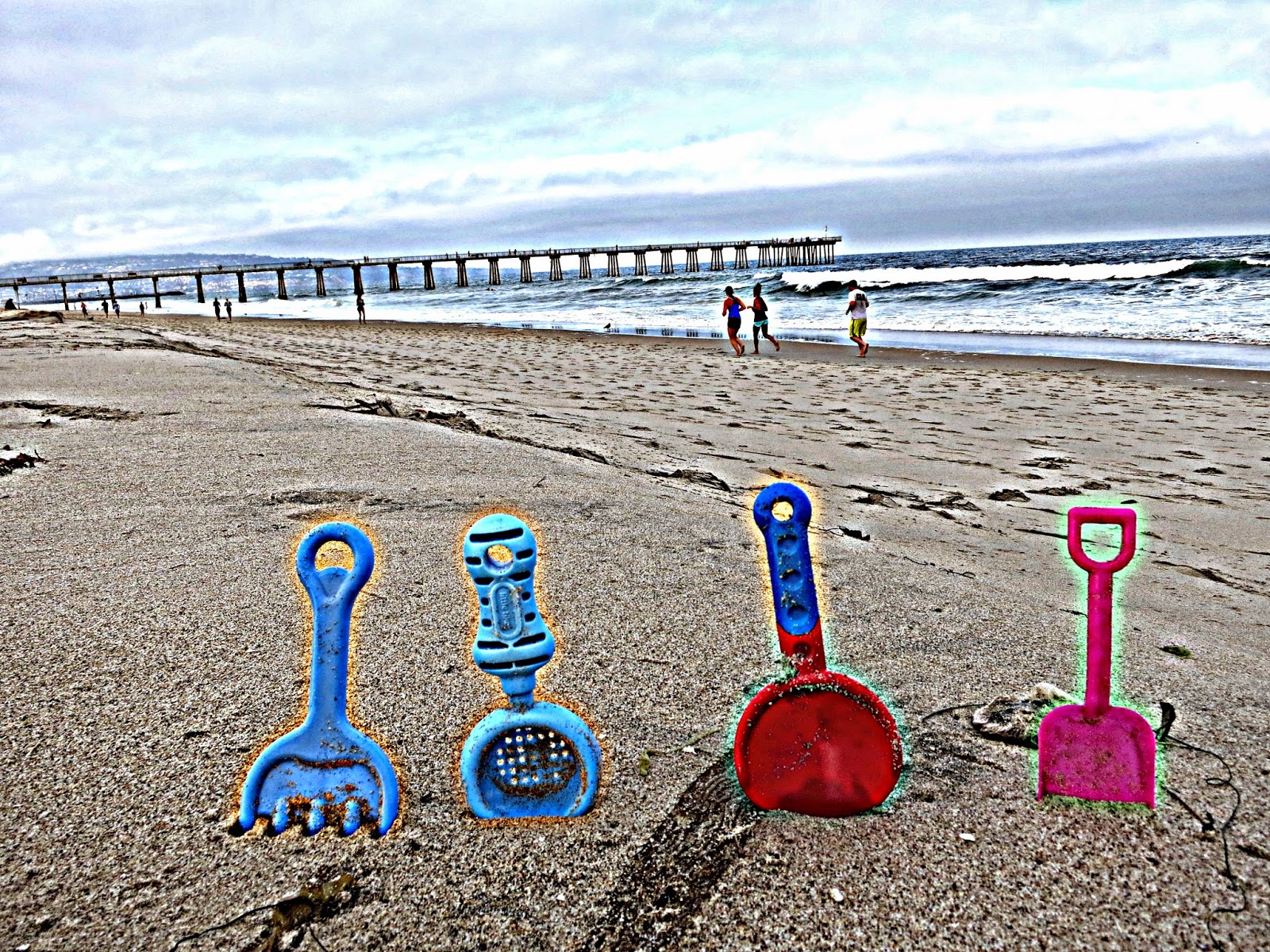 After finishing I went for a little jog cheering on the other runners as collected those shovels I was talking about. 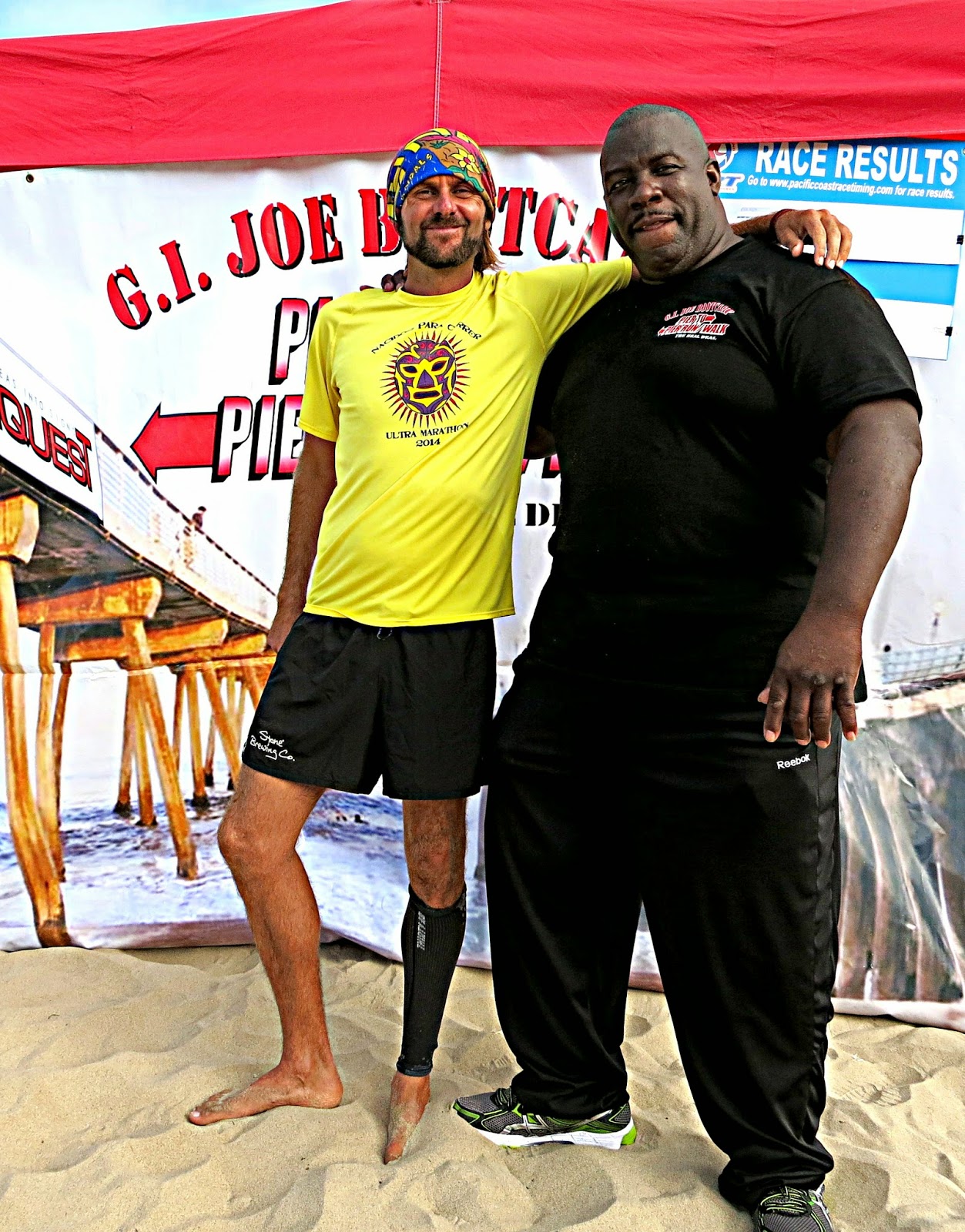 Posing with race director G.I Joe he's good dude and an even better dancer.  You should see him do the twist.
(notice the calf sleeve I put on post race, I wore it the rest of the day.) 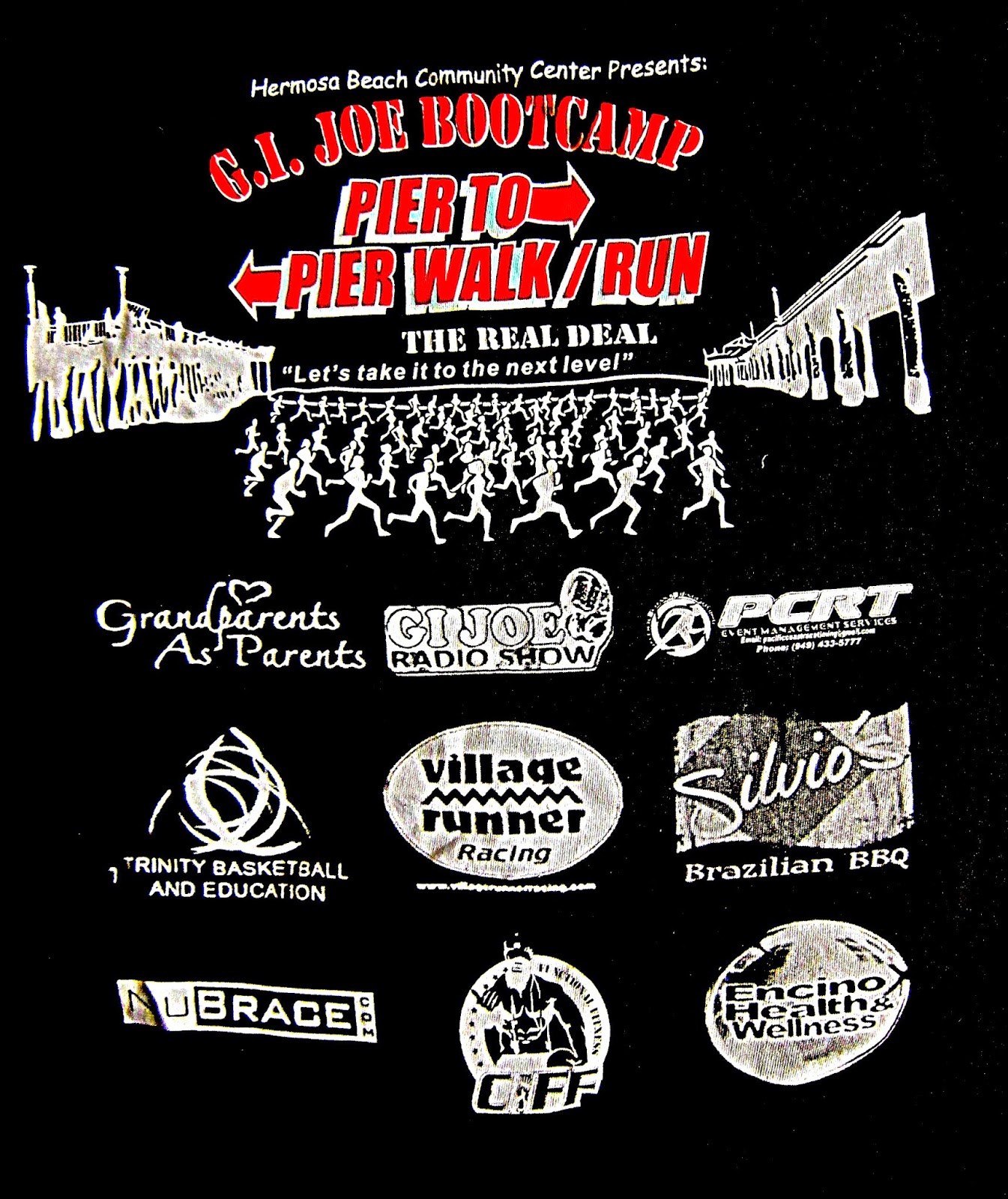 The race had a ton of sponsors, at the post race brunch which once again I couldn't afford to eat at (not vegan friendly anyways) they were having a raffle.  Last time I won a $100+ Boogie Board.
Time to see if I could turn a profit on the event?

The joy of winning Hmm
Value: $5 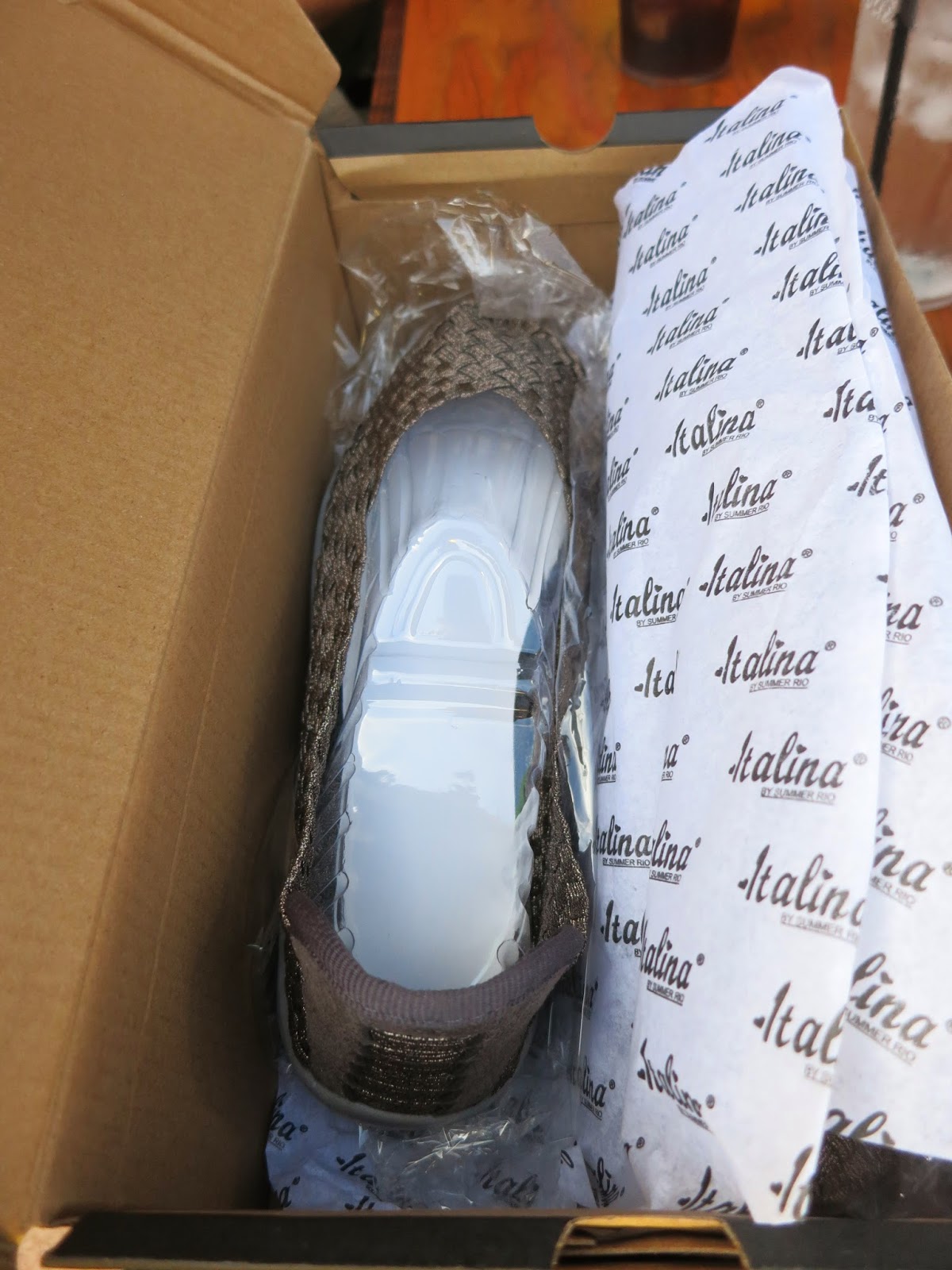 In the raffle I won a pair of girly shoes that cost $40 retail.  Later that day I gave them to my sister Value: $15 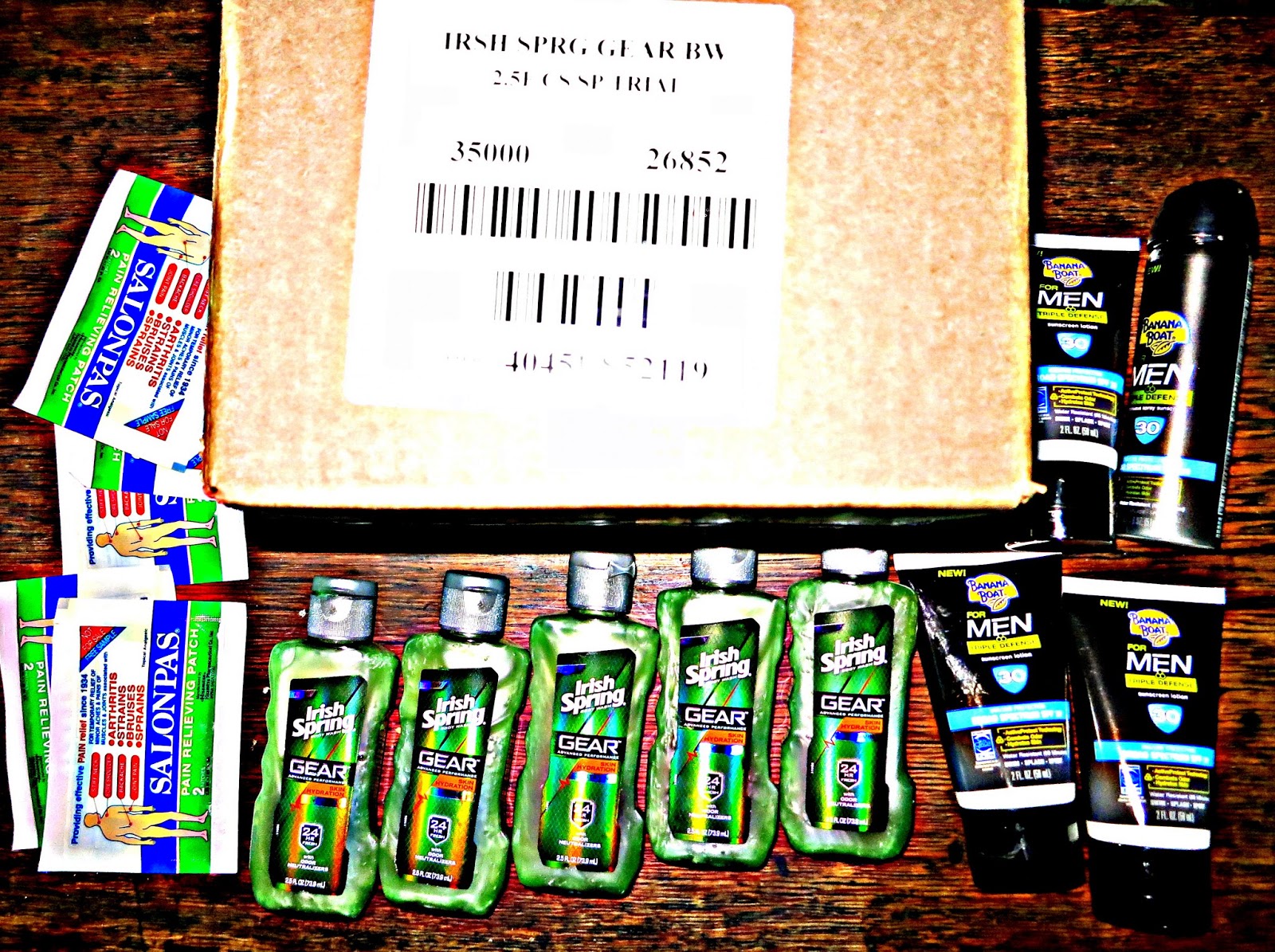 As they were packing things up they had a bunch of left over samples of deodorant, sunscreen and body wash. I got about 50 random bottles.  I don't wear deodorant (gave samples to nephews) I spend about $3 a year on shampoo and body wash and I only wear sunscreen when I run naked  (usually at the Bare Burro)
Value: $5 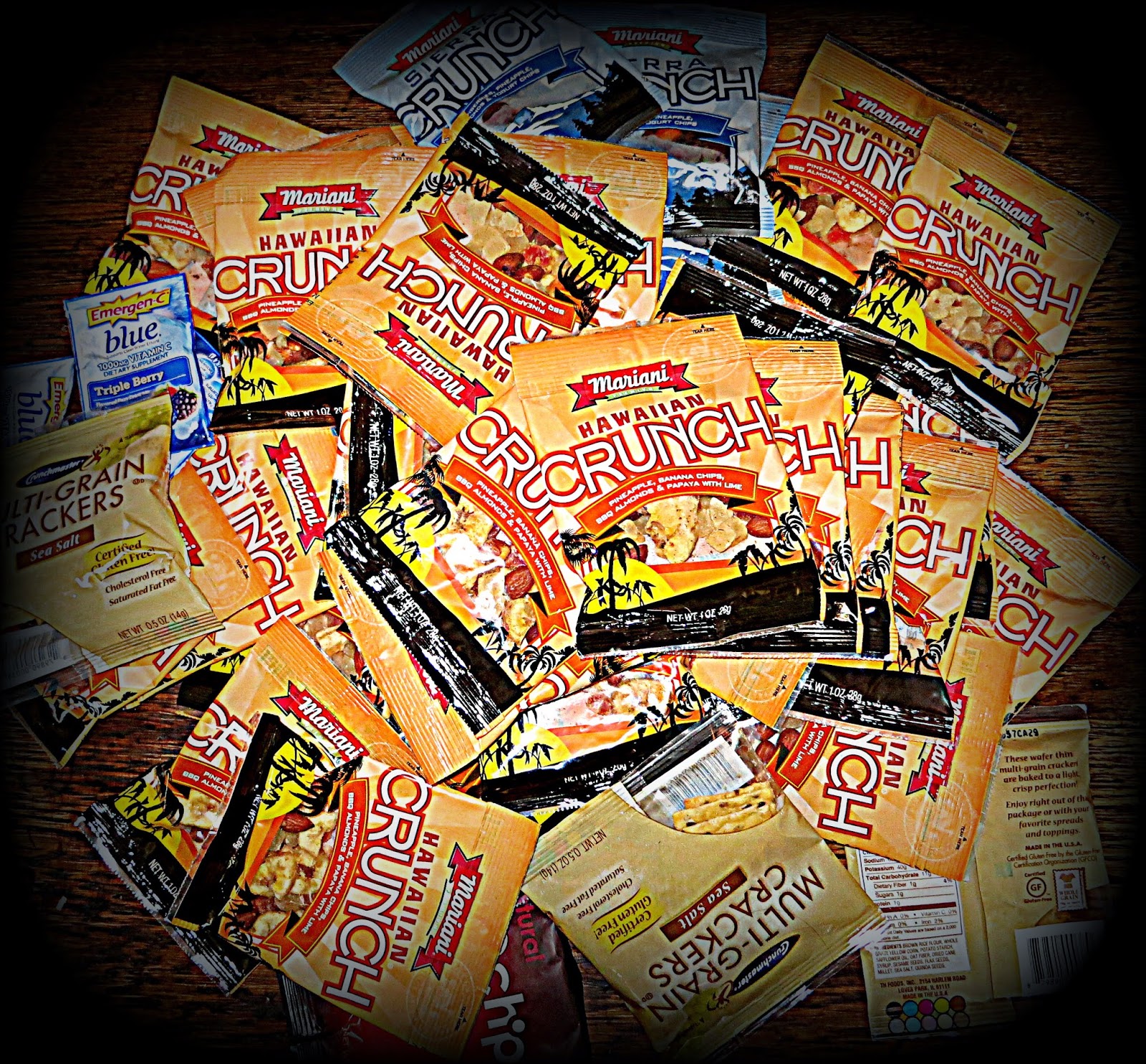 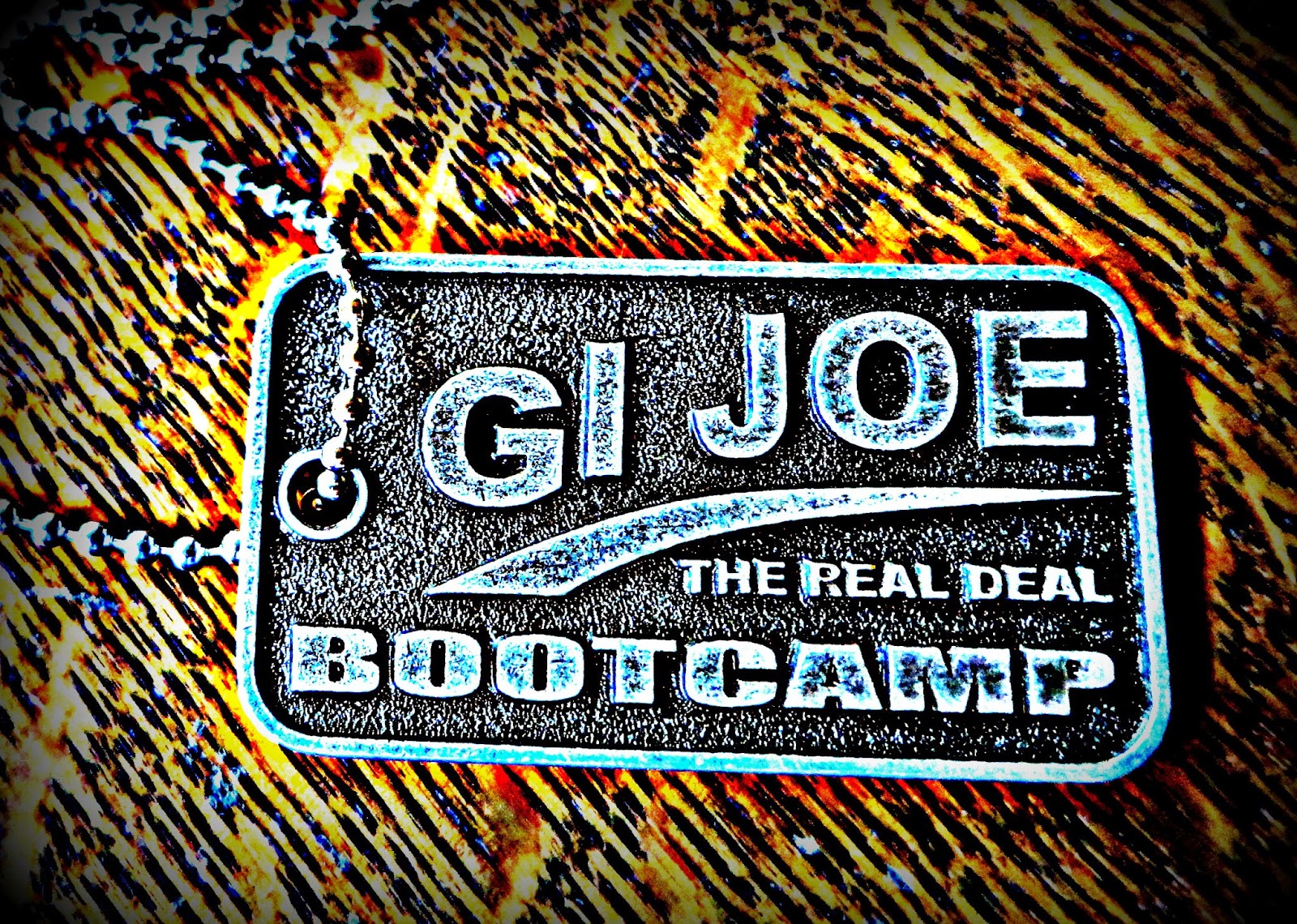 As the winner I won a cool dog tag and I got race shirt that I don't need but it's a nice shirt.
Value: $5 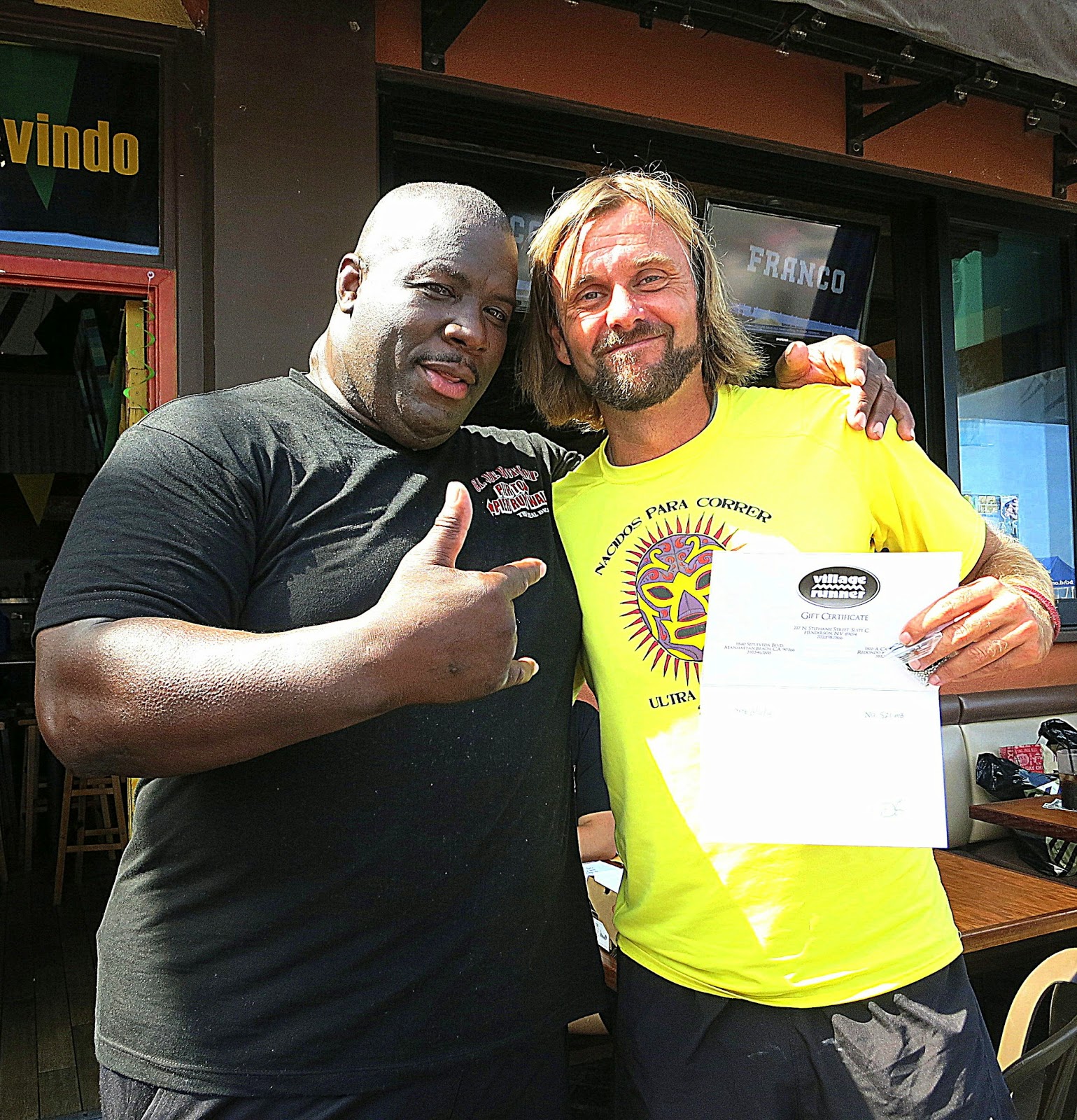 Thank you G. I. Joe Charles and all the volunteers for putting on a fun event. 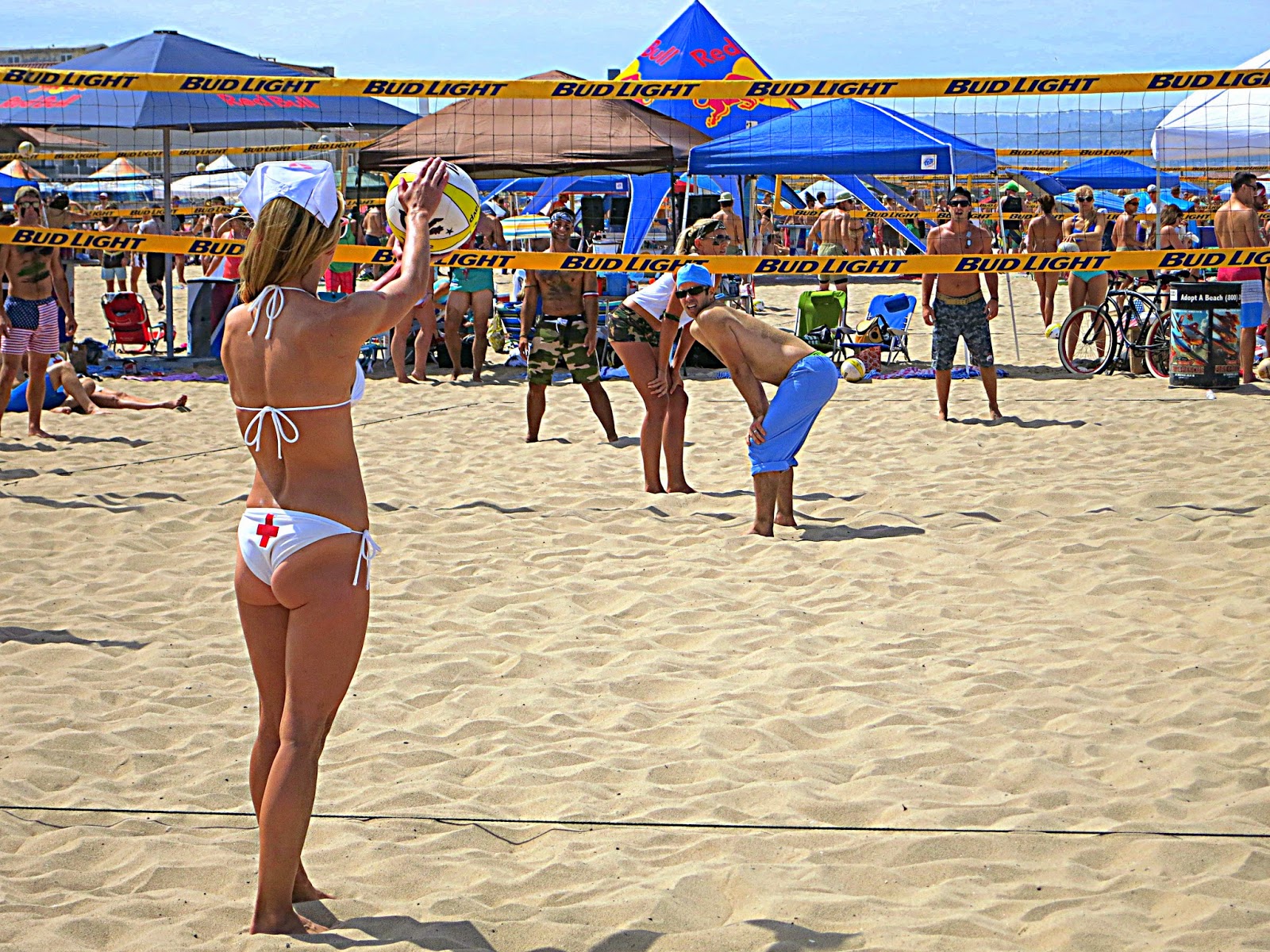 After the race I limped around a bit till I found this volleyball tournament to spectate.
(I am totally in the wrong sport) 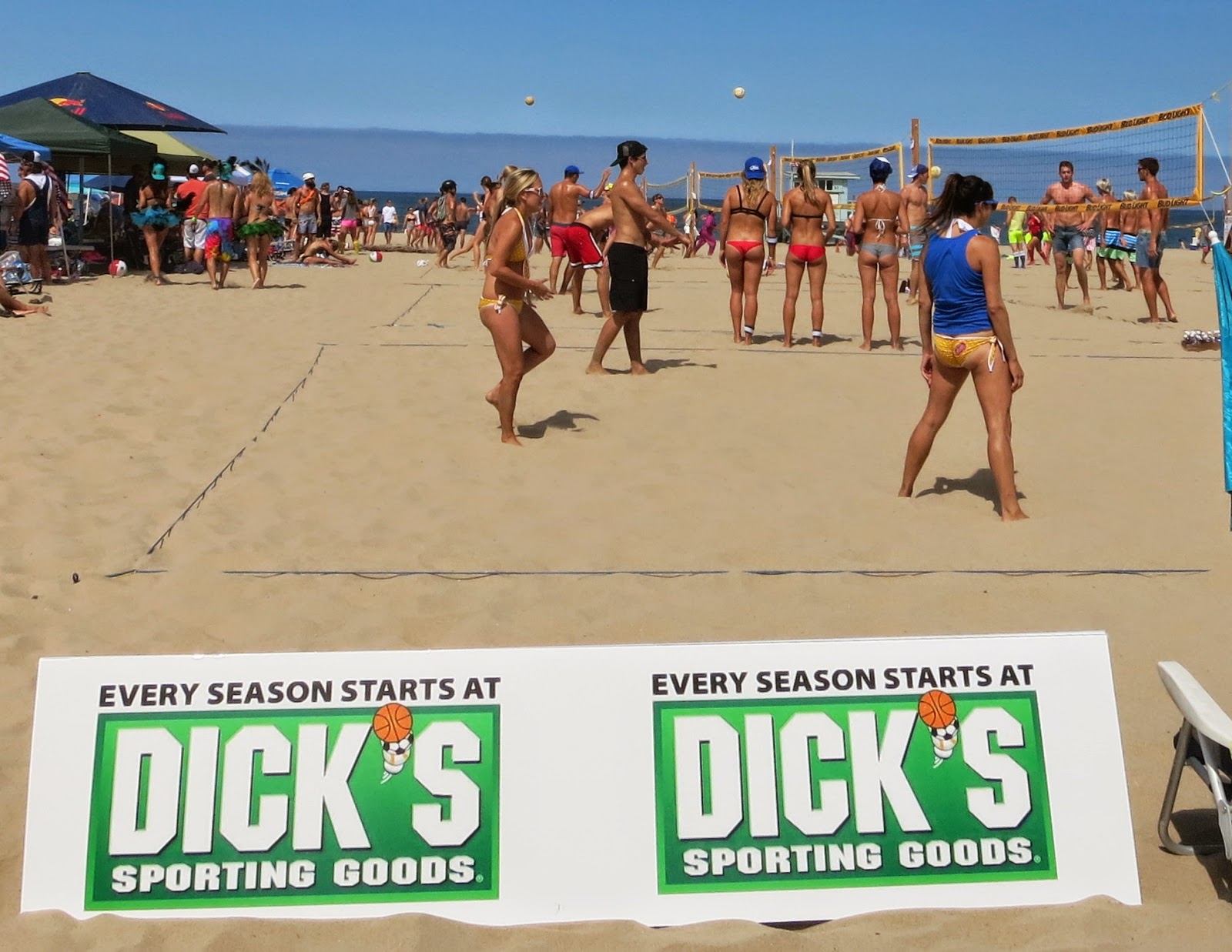 Dicks?  Looks more like butt's to me
Ha Ha!