Racing season is starting a little later this year.  Normally it runs and I run from January to December but this year I am hoping to do a lot of traveling so I decided to to spend the end of December and everyday on January doing what I love most, Running on the Soft sand of the beach. 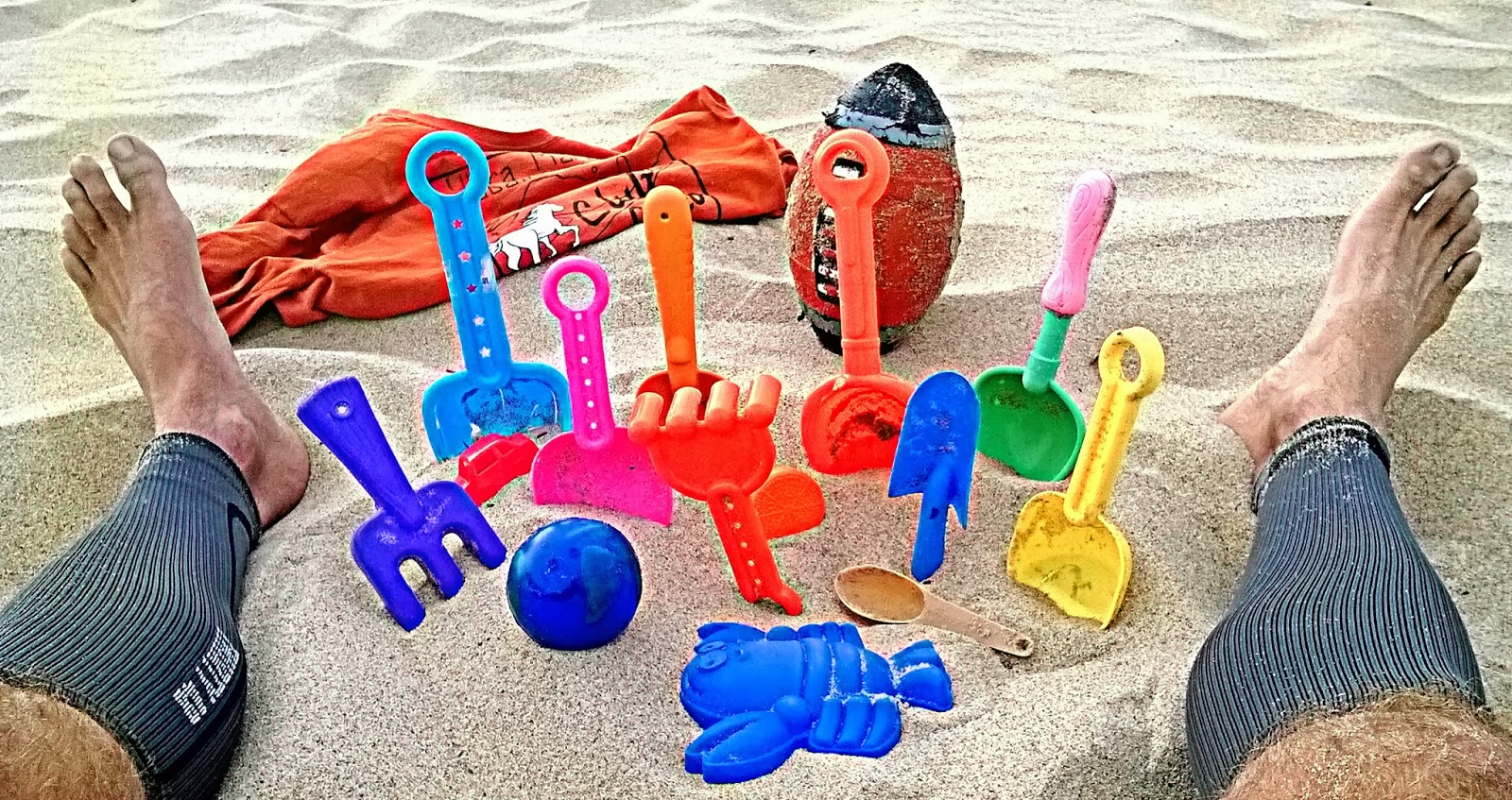 Found on the Beach
I had just come off another world record setting week?
In 5 runs Monday through Friday  I found
44 shovels. 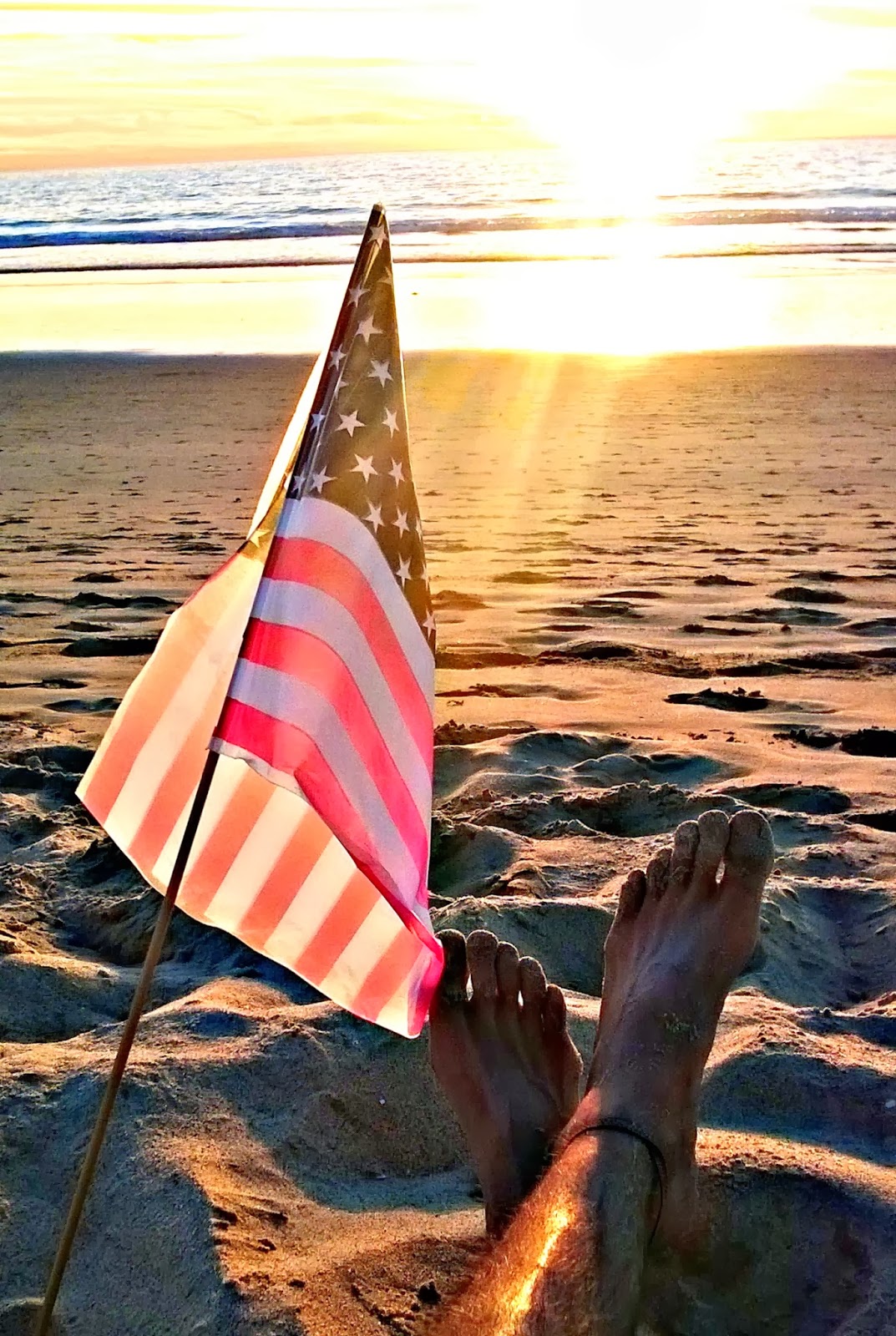 I love Southern California in the winter.

Over the past month I had covered between 325-375 miles all barefoot and shirtless on the beach. The great thing about the beach is that you don't have to go fast to get a good workout.  Out of all of those miles I would say less than 20 were at a sub 10 minute pace with most them being slower than 12 minutes.
(Soft sand will kick your butt if you let it)

Since last May I have been battling with Achilles Apophysitis and it's finally starting to get better I think or maybe I'm just learning how to cope with it.

Lucky for me I just started running for a new company
:) 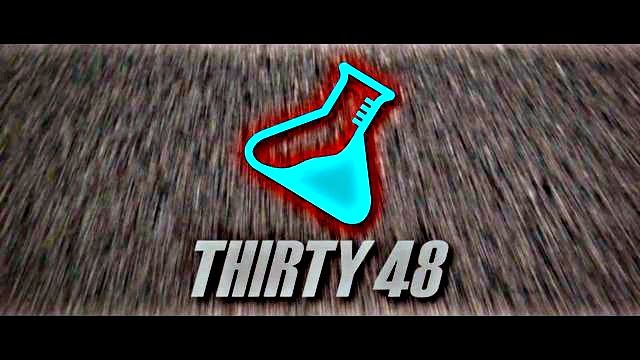 But
Will these long slow runs equate to any kind of speed?
I wasn't quite sure, but I was eager to find out. 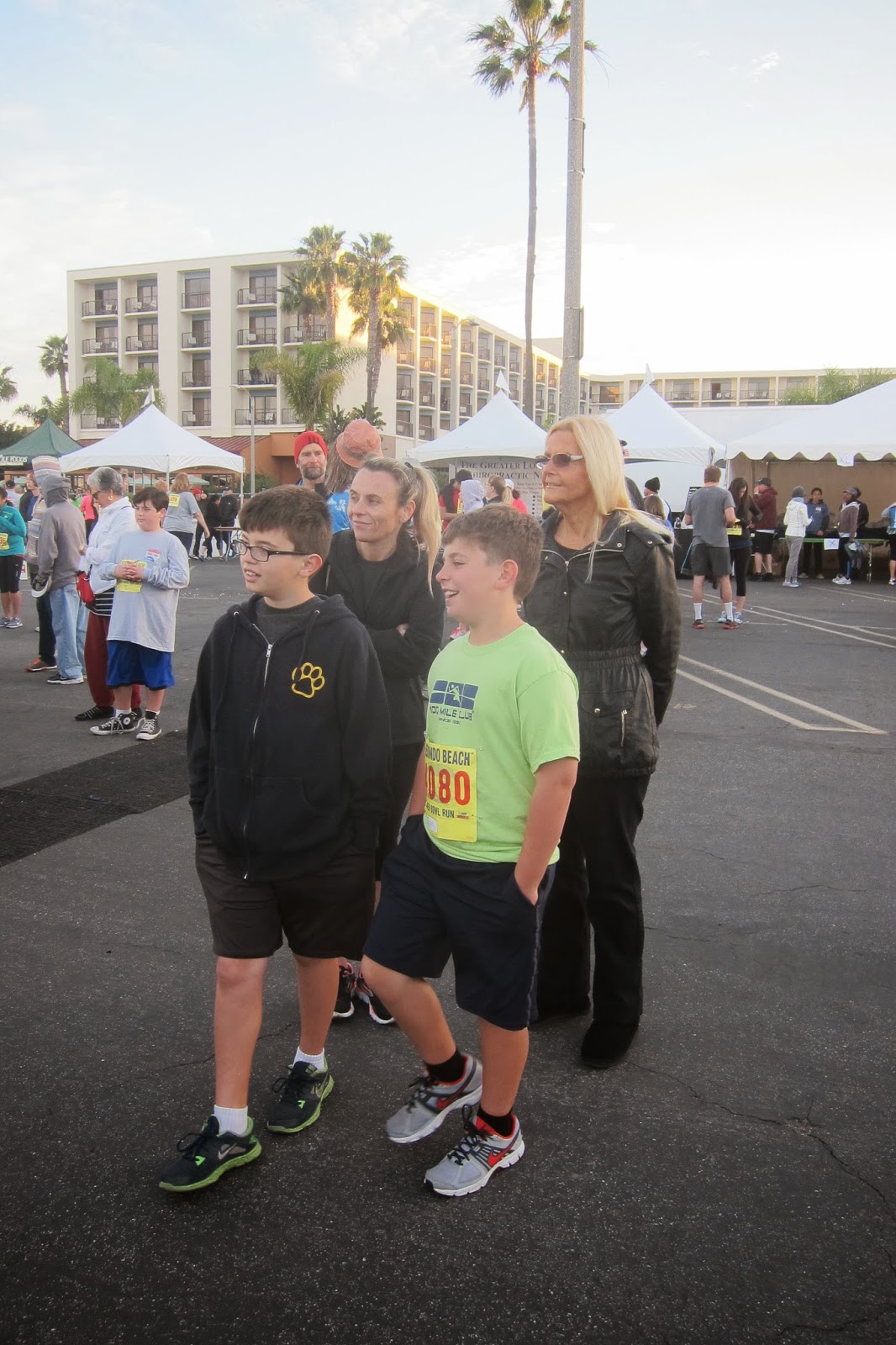 Last Sunday I joined my family for the Redondo Beach Super Bowl 5k.  They also have a 10k.  But since my sister and nephews were doing the 5k I decided to join them. 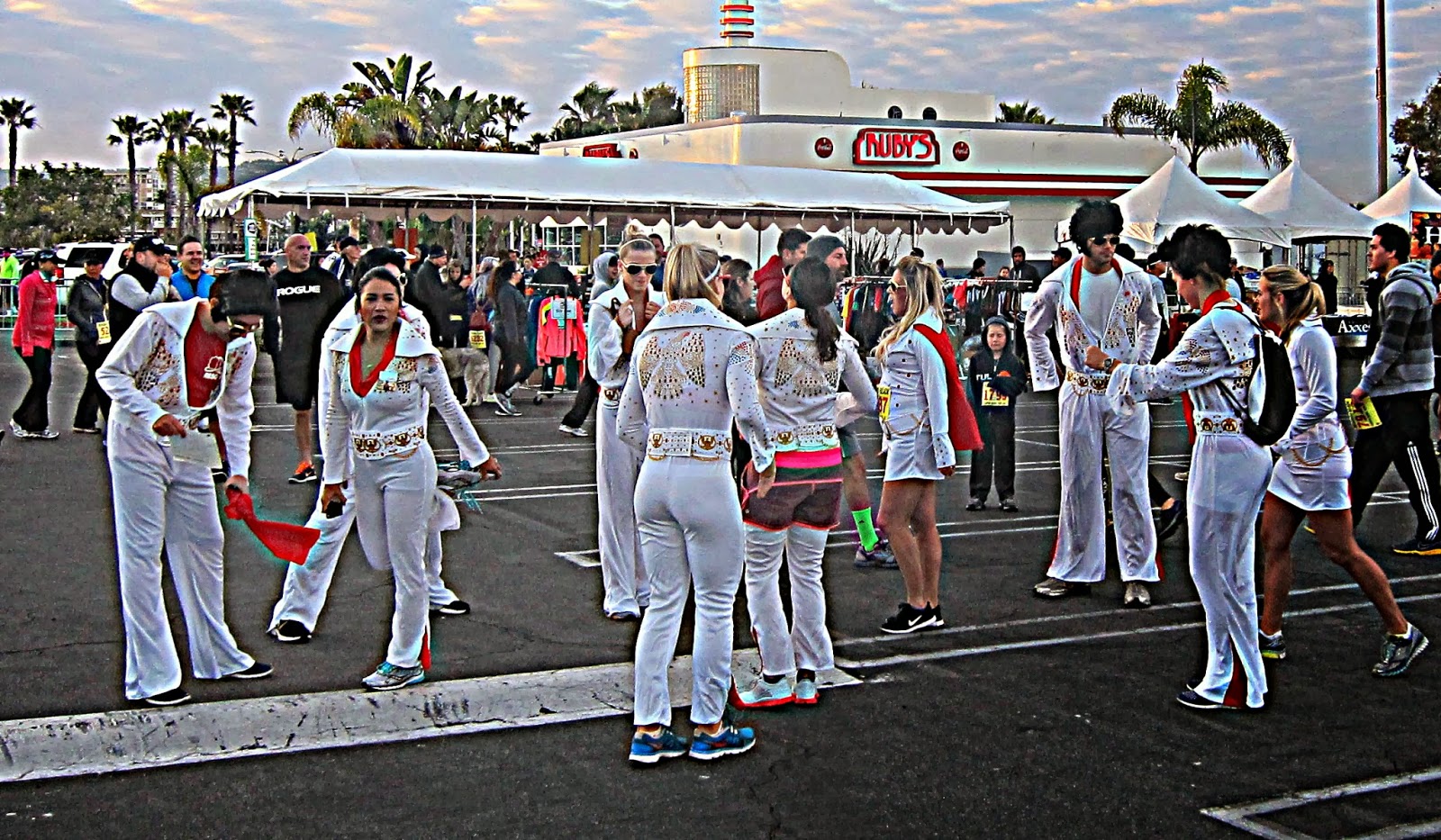 It was obvious the competition could sing better than me but could they run faster? 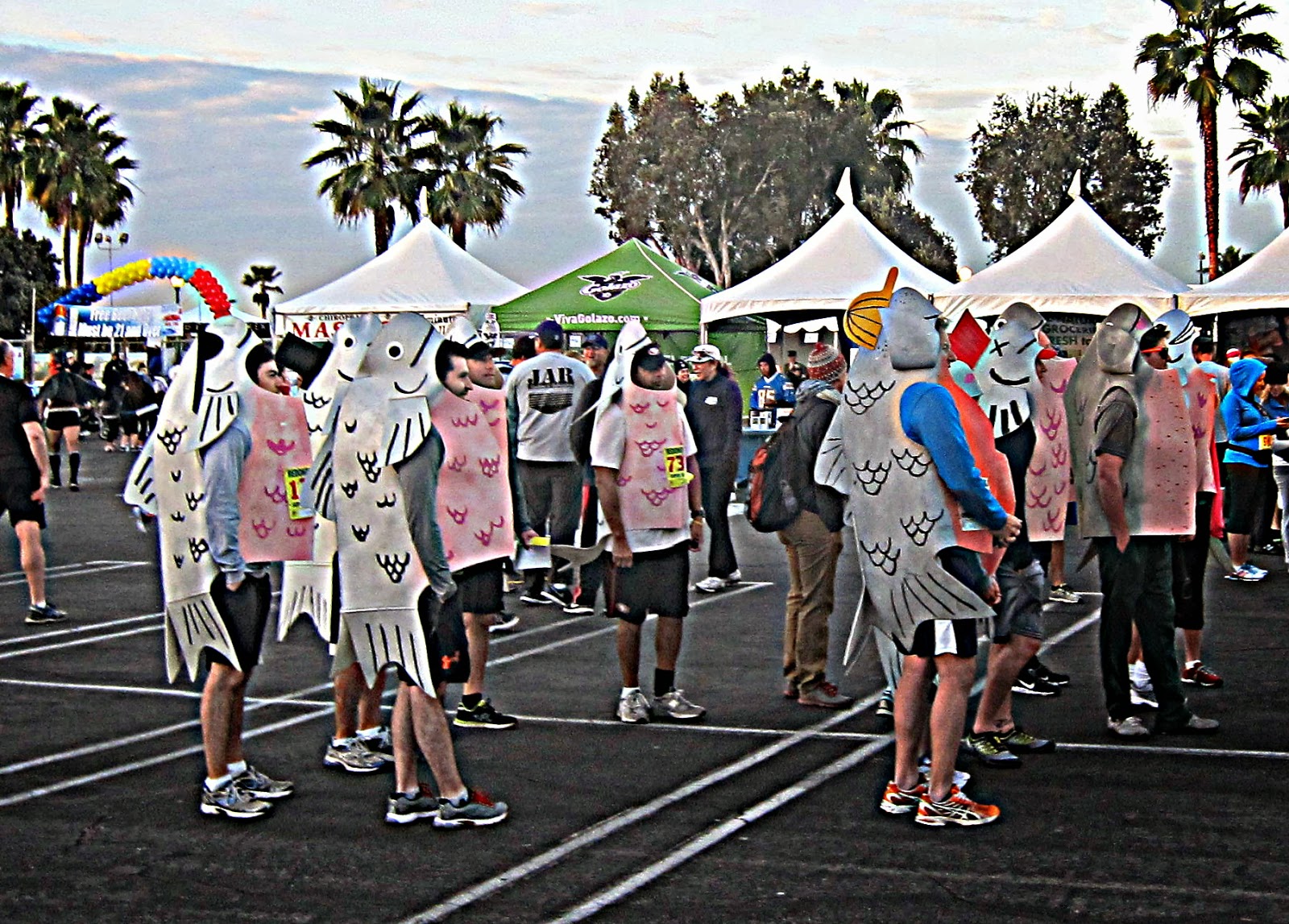 And
would I be able to dodge the Salmon swimming upstream 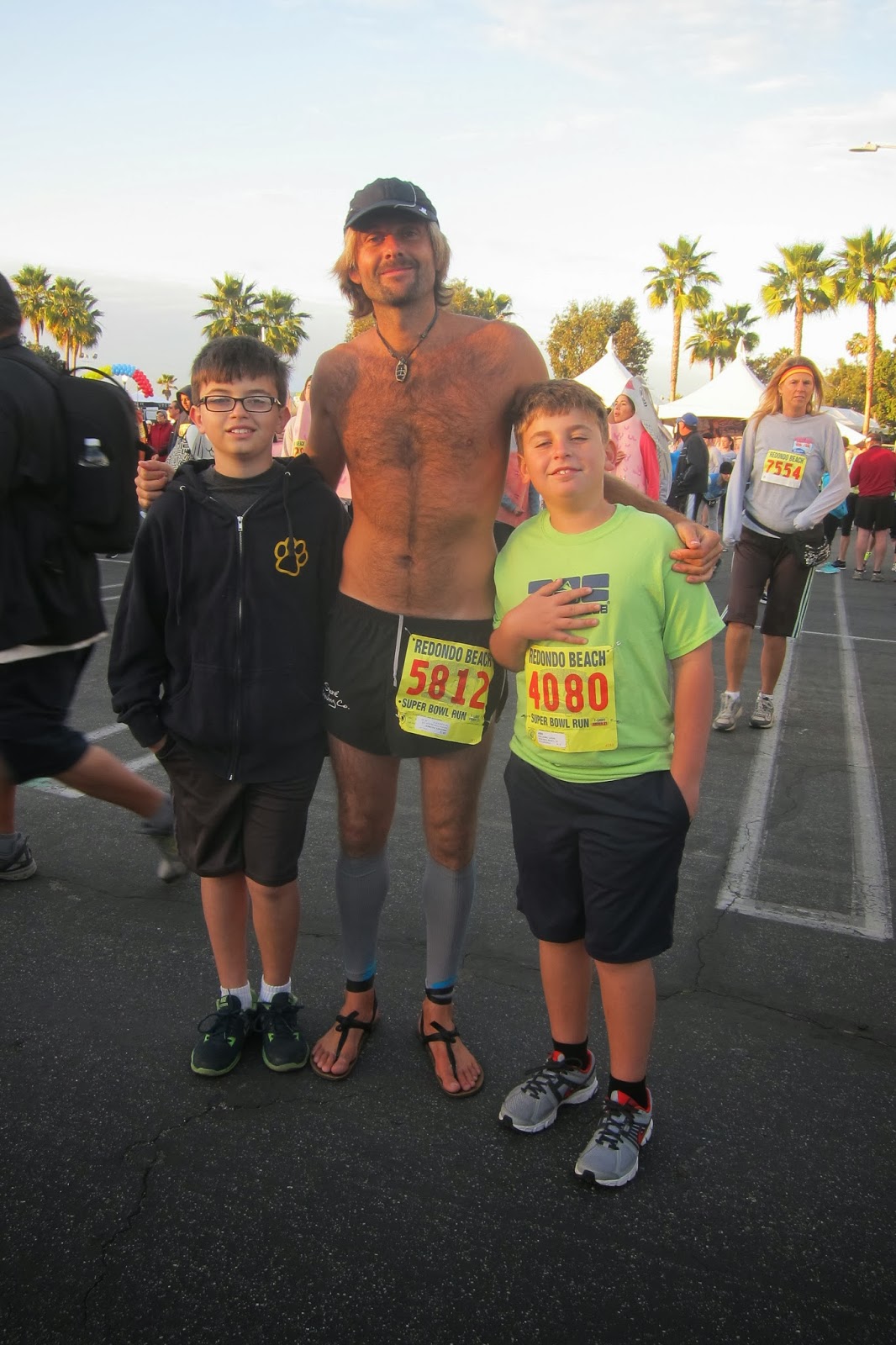 Are you ready dudes? 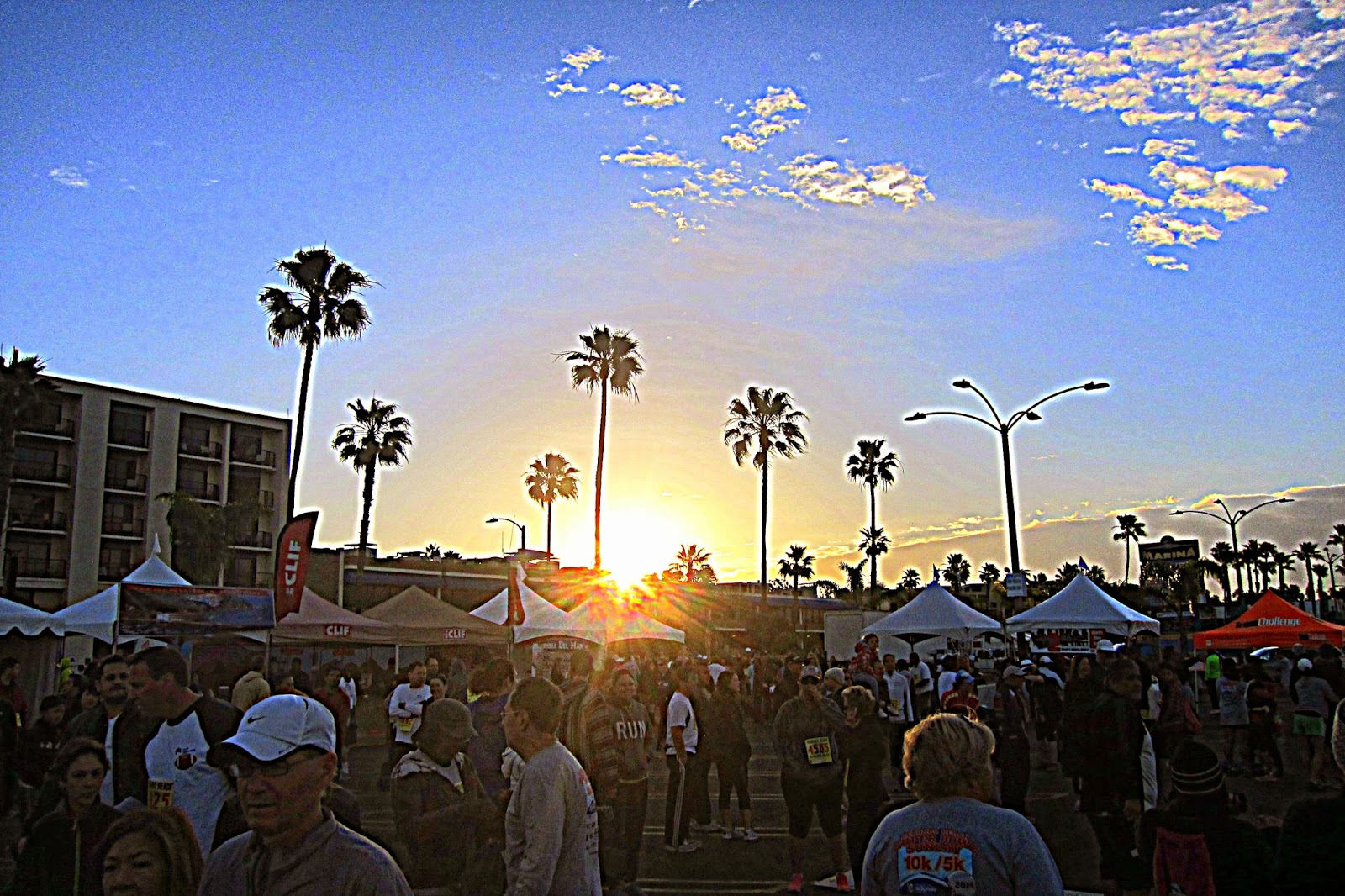 The temperature was in the low 50's and the sun was starting to break through as I headed to the starting line.

I entered the race the hoping to win but I wasn't overly confident.  I figured the winning time would be around 16 minutes (about a 5 min mile) which I didn't expect to accomplish but It was possible if everything went right. 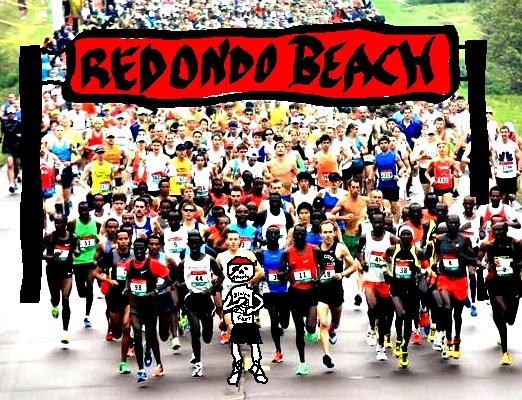 I went out somewhat fast at about 4:50 pace for the first 1/2 mile.  Which seemed a little faster than I should be going but there was kid out in front who running around 4:30
(I figured he would fade)

My legs felt good but my breathing was off, it had been awhile since I pushed this hard.  When I run on the beach I breathe through nose. Here I was gasping through my mouth.  By the time I reached the first mile in about 5:15 I was in 4th place with the leaders puling away.

In a race this short I wasn't gonna make up that ground without hurting myself.  I relaxed my stride without  slowing down too much and focused on my breathing. 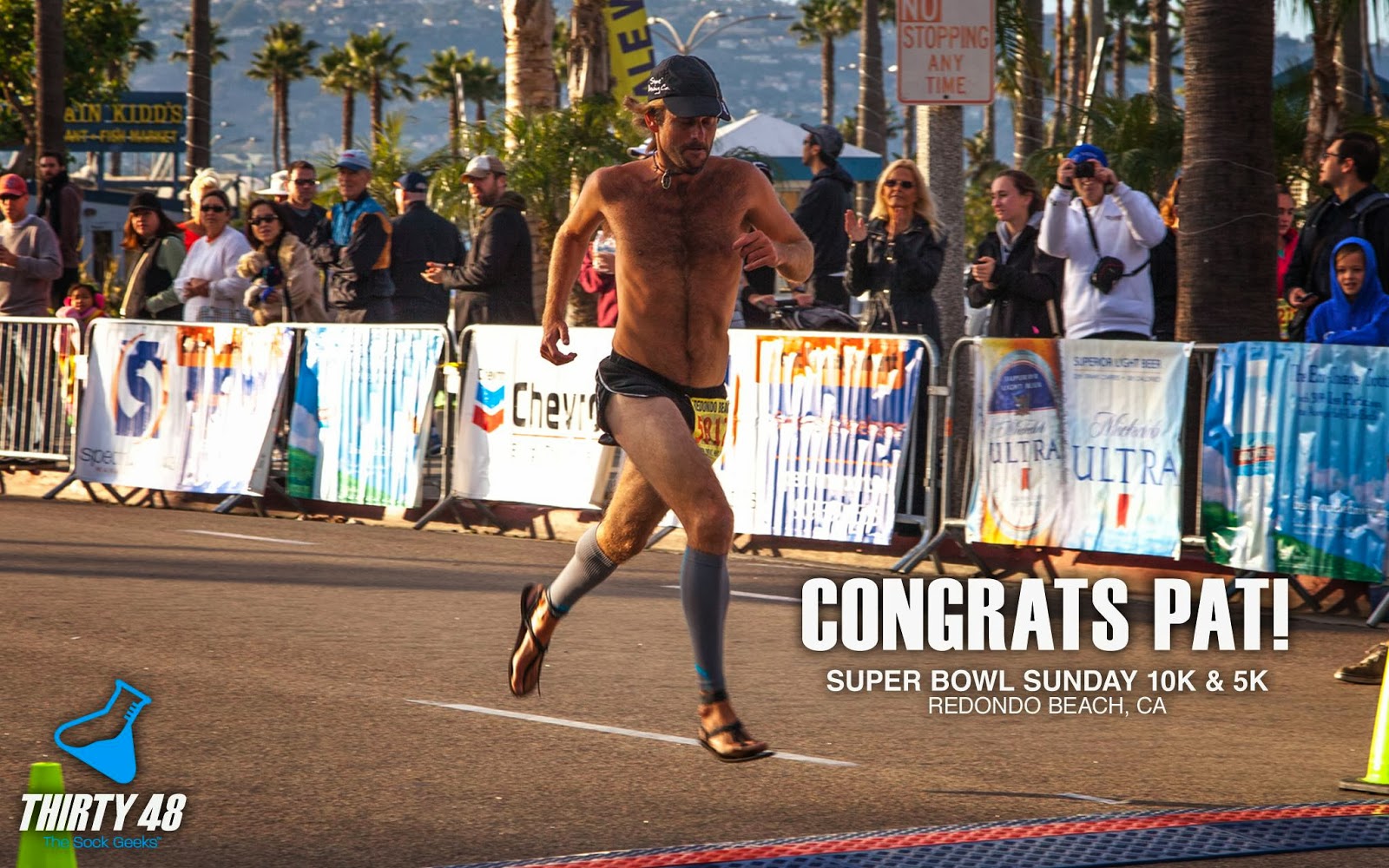 I held my position and cruised through the finishline in a time of
17:22
4th place out of 3,282
The winner came in right around 16 mins as I expected and the three dudes who beat me were ages 25,18 and 26 followed by old man Sweeney representing his new age group at 35 years old. 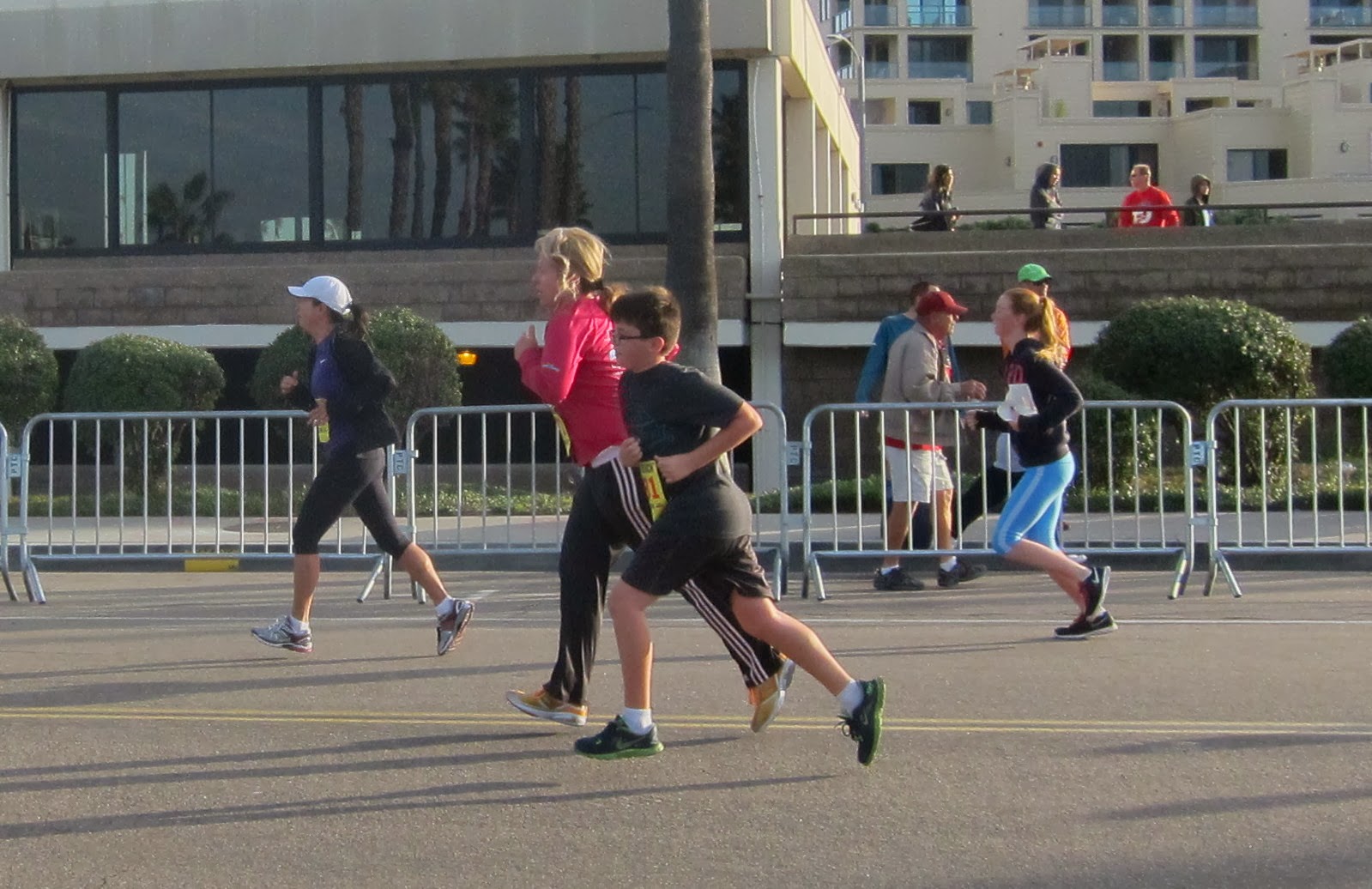 As soon as I crossed the line I did not go running straight  for water or to the beer garden  (maybe if they had Stone ale not Michelob Ultra). I headed to the sidelines to see my family finish.
Way to  go Thomas!
While greeting Thomas in the finishers chute I missed my sister and Lucas finish.  Oh well? It was worth it to keep the little dude from getting lost.

I may not have won the race but I was happy with how good my body felt afterwards.  The pain in my Achilles was minimal  due in part to my  Thirty48 compression sleeves.

I think I get a metal for winning my age division, time to kill some time until they are ready to give it to me 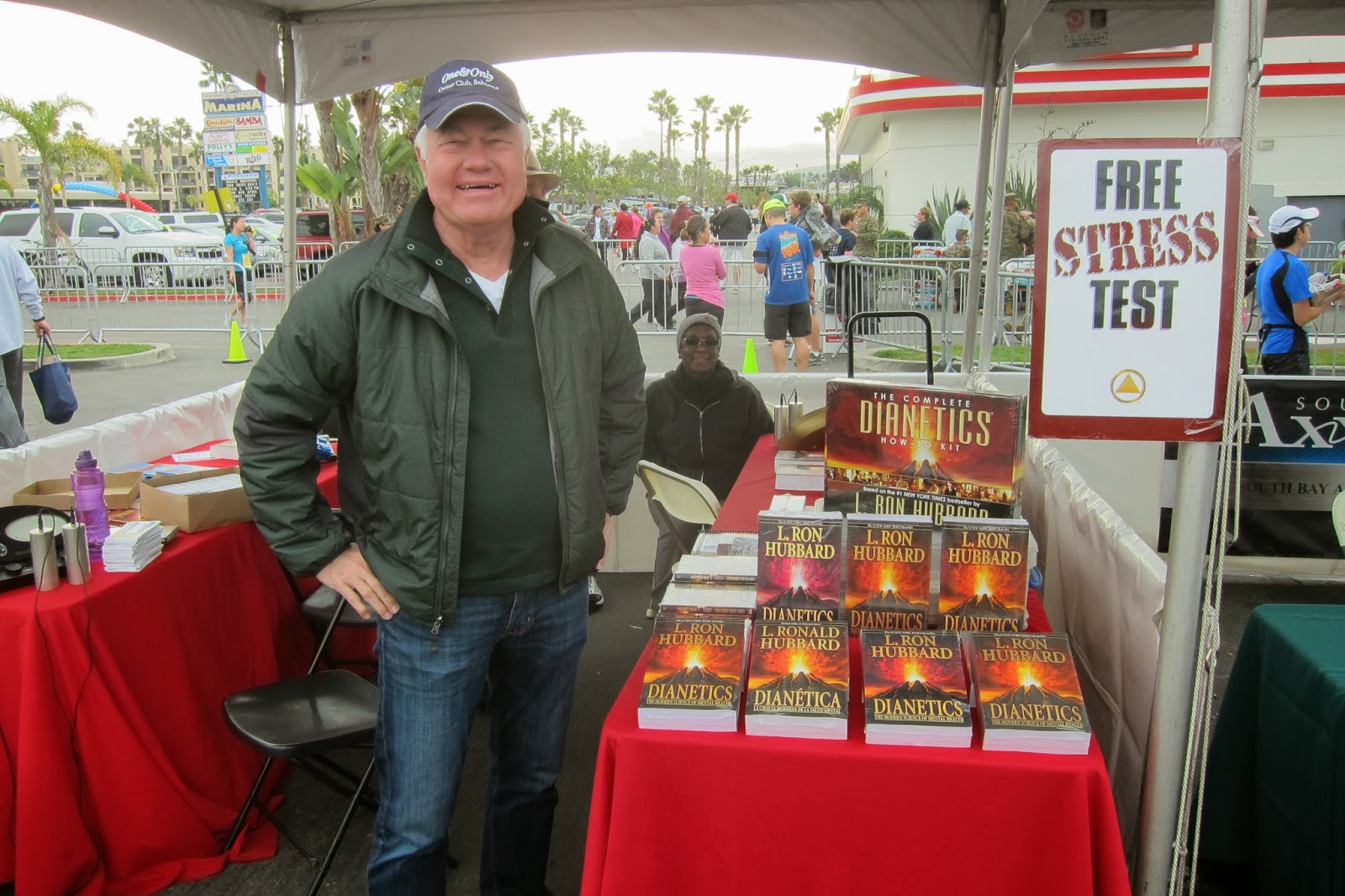 Free Stress test, I like free. but Scientology? Not so much.

This is my new buddy Ron L.

The only time the stress meter spiked was when I couldn't think of anything that stressed me out. (self-fulfilling prophecy if you ask me.) Their conclusion was that I should keep doing what I'm doing. No religion, god or space alien necessary WOO-HOO! ( I received no free book or other propaganda) They treated me kindly and I was nice to them but I'm guessing they could tell that my will is strong, that I thought their religion was full of crap, and that my wallet might be even scrawnier than my physique. 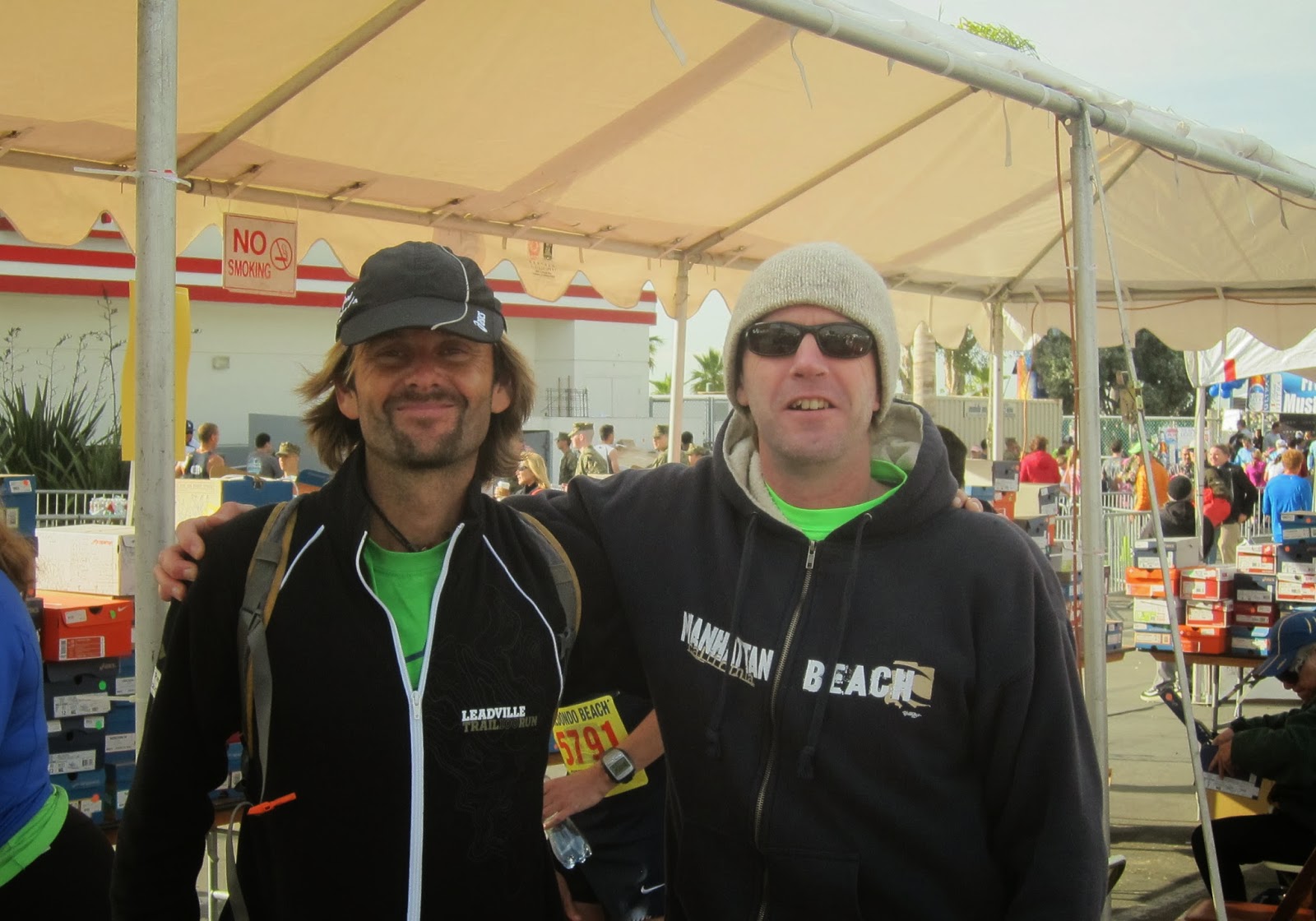 Here's me and my buddy Jeff from the Village Runner, my favorite place to buy shoes
(if I were to buy shoes.) 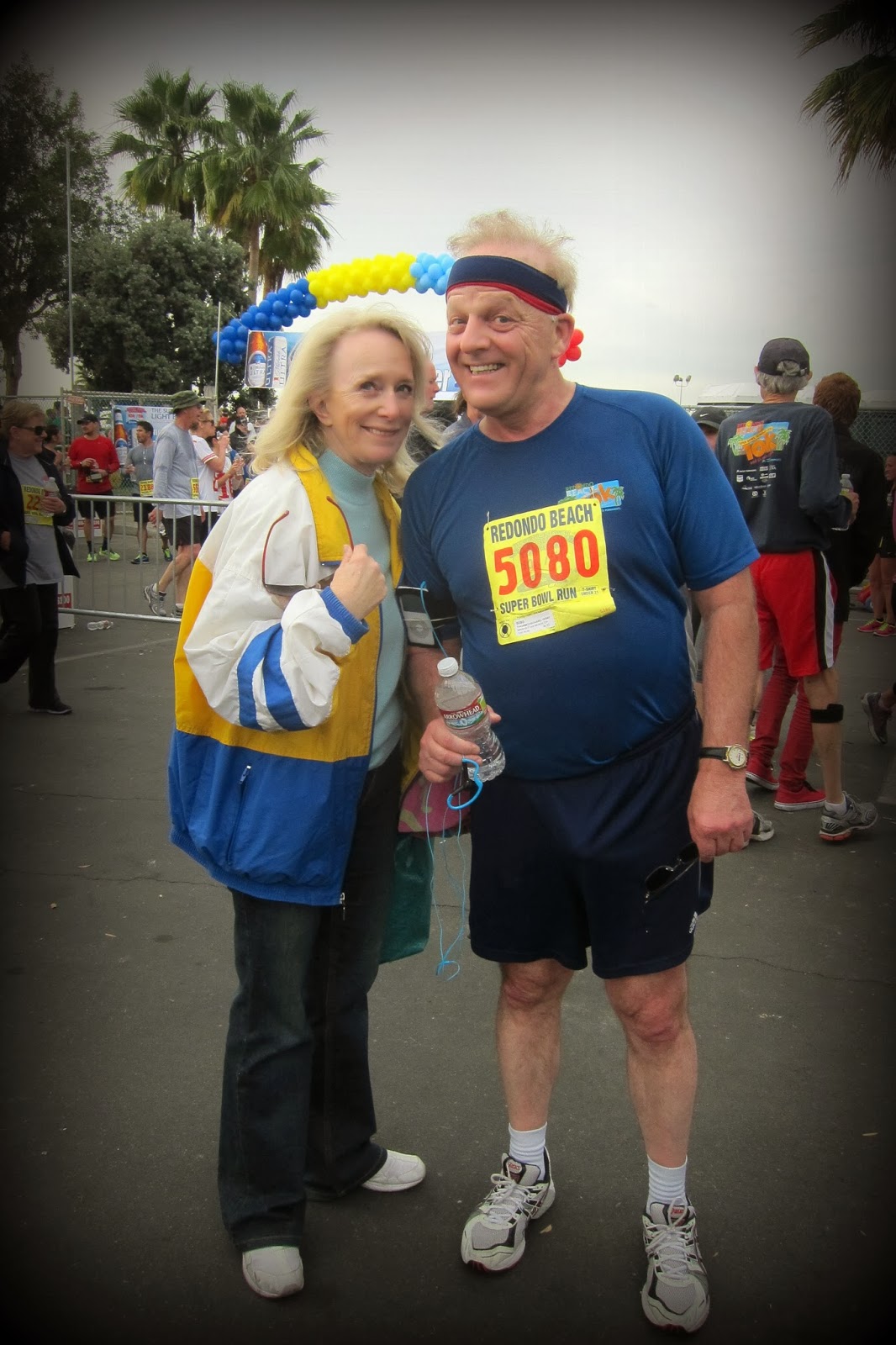 While killing time I ran into my step mom and her new dude,  What a lucky lady
:) 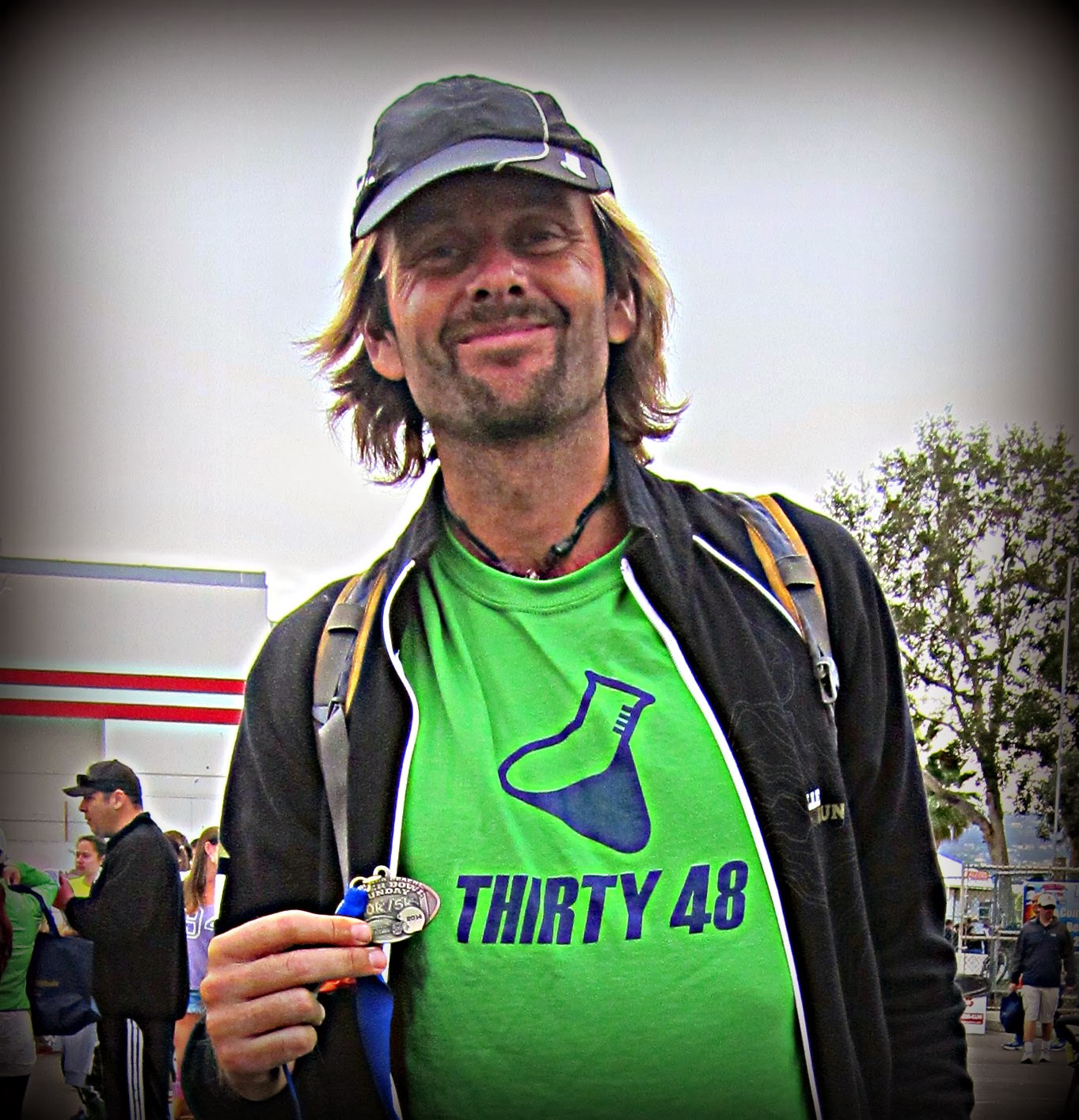 Woo, Hoo I got my metal.  Thank you to
Thirty48 for your support.

Most people don't know that they give out metals at this event because you have to win them.  Maybe if they try running in sandals they will get one next year?

Well I am signed up for the Rancho San Juan 50k on Feb 8th held on private ranch somewhere between Santa Barbara and Santa Maria. 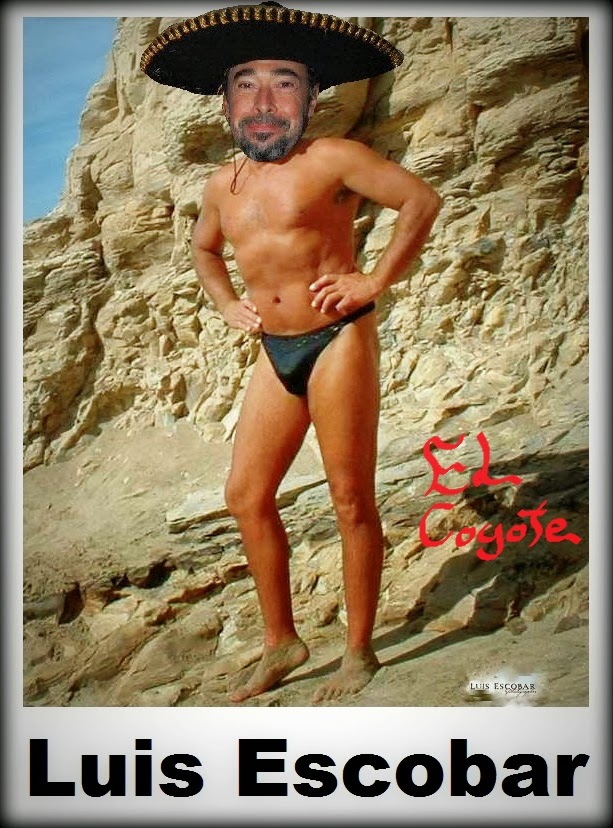 It's a Luis Escobar event so you know it's gonna be a good time.  They also have a 5k and 10k  on Feb 7th that I may run as well.  I'll be camping Friday and Saturday night there is still time to sign up.
I'm trying to get my friends at Thirty48 to give my shwag to give away.
Even if you don't wanna run come volunteer  have some fun, drink some beer and make some friends..