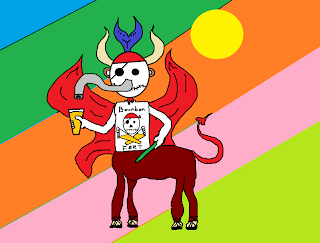 What is My Spirit Animal
(an appendix  to my Copper Canyon race report )
What is my Spirit animal.  I had no freaking clue.  How does one find his spitit animal?  Does he look under rock? Prey to the heavens for an answer or  can it be  found at the bottom of a bottle a beer?

All week long in Mexico I struggled to with my identity trying to fit a mold.  Where does my connection with the animal world lie?

I definitely look more like an animal than most
(some may  I smell like one to, but which one? 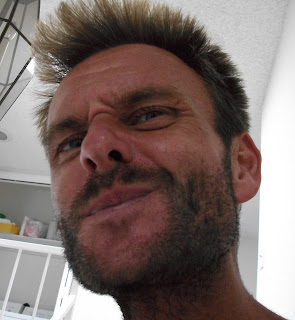 I think I said this before on this blog. "Like Popeye without the muscles, I am what I am."  I'm not confined to abilitities both good and bad of one animal.  If you told me I were pig I would do my best to learn how to fly, and if I succeeded would I still be a Pig?

My spirit is that of mother natures bastard child.
(As if someone spiked the punch on Noah's Ark,  the night they were serving oysters)

I aint pretty and I sure aint graceful but I am comfortable in my own skin.
A animal
NO! 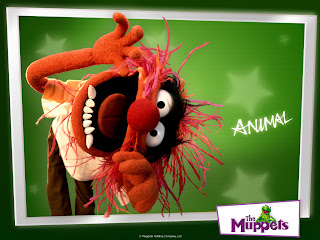 How's that for ego?

All through my trip in Mexico especially during the race I got strange looks from locals.  They had no clue what to make of me.
My Spanish is horrible but. I would pick up a few words here ant there.
as I came through Urique shirt off bloody and muddy
I heard yells  of


When I was a kid a this toy truck called "the Animal"  it looked like big foot but when the road got tough it had what looked like jaguar claws that came out of it's tires  to help it get over the obstacles in its way.  Listening to the people call me "El Animal" during the race it made me think of that toy.  I was having A tough day but I wasn't going to stop.

My spirit is free

Eventually I will claw my way to the top.